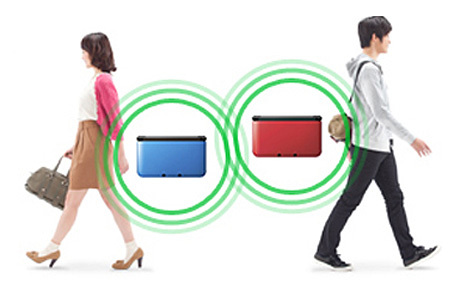 The end of an era. I realize the Switch is a “home console” first and foremost, but I’m still disappointed it’s missing things like Streetpass and cameras, microphone. My kids were playing with the camera and video recording features of their 3ds’s tonight even.

The Switch cannot be a home console first and foremost when all the tech is in the handheld part. Personally I only play in handheld mode.

As for the article that's clearly the beginning oft he end for the 3DS, 7 years for a console is a great lifespan and I hope the Switch will have this opportunity as well. Meanwhile I have tons of 3DS games to complete so for me the end is still far away ^^

I don't really mind the Switch lacking a camera or microphone (DS, 3DS and Wii U all had built-in microphones that were barely ever used for voice chat, instead Nintendo would find different ways to make us blow into them like idiots), but I definitely would've liked them to continue Street Pass in a way similar to PS Vita's "Near" feature. It is like StreetPass, but you're never required to take your system out of your house. You can exchange in-game items with people in your neighborhood without needing to meet up somewhere face-to-face.

I definitely would've liked them to continue Street Pass in a way similar to PS Vita's "Near" feature. It is like StreetPass, but you're never required to take your system out of your house. You can exchange in-game items with people in your neighborhood without needing to meet up somewhere face-to-face.

That actually sounds really cool. I also would've liked a feature like that, since that would allow me to do Streetpass-like things without really needing to go out and never find anyone anyway. (Really, no one ever used Streetpass here)

This is unfortunate, because it's clear that they're shutting down in the rest of the world not long after this. (TBH, expect them to make an announcement to the same tune tomorrow for other regions, I'd say.)

These relays are actually generally the only way I get any streetpasses. At least, pretty sure McDonalds was set up as a relay station, always would get 5 or so streetpasses in there when I'd go in. Really haven't had a streetpass in months that isn't from the demo station at Gamestop. (Since that one has a really weird Mii that's a bunch of random letters and numbers set to it.)

Gonna have to pick it up on trying to get my Puzzle Swap stuff done ASAP if I want any chance of getting it done without having to take the luck of the draw into account. (Spend 300 coins, get 1-3 new pieces,. LOL.)

I pretty much never got Streetpasses unless I went to the nearest McDonalds lol. Which was about 40 minutes away from me. It's pretty clear this entire idea of a service was only made for big Japanese cities.

Why doesn’t Switch have the equivalent of this? Encouraging people to carry their consoles with them would help create a nice community.

And the fact it's a pretty pricey hardware many people don't want to carry in the streets..

3DS or an iPhone/Android phone are expensive pieces of hardware too...

They're also smaller and fit in your pocket

So does Switch, unless you have girl pockets.

To be honest, with joycons, even MY pockets are just enough for the switch, and I wear cargo pants.

Well, yeah, I’d separate them. The screen is pretty small by itself.

I was talking about the screen and joycons separated: keep up! Yes, they’re commonly referred to as girl pockets; it doesn’t mean anything bad. Too PC!

I'm not PC at all, but it's just flat-out wrong to call them girl pockets =P

And I am very aware you're talking about the screen and Joy-Cons separated. How about you compare the average phone screen size with the Switch's screen size?

Other then Mario Kart, I will probably not invest anymore more in any Nintendo online service anyway. It's all going to shut down anyway sooner or later. To give an example, I can't believe 154.000.000 NDS consoles got sabotaged pretty badly by more or less switching off their online infrastructure. It is such a waste... Nintendo please don't force us to Switch in this manner it feels wrong.

Or do so.. But indeed don't count on me to invest in N-online worlds.

still, its all coming to an end for the 3DS.. Gotta Switch things up!

I loved streetpass back in the day. But, I think I'm happy the feature isn't continuing. I went back and played a link between worlds the other day and looked at the streetpass section and just accepted that's part of the game I just won't be playing anymore.