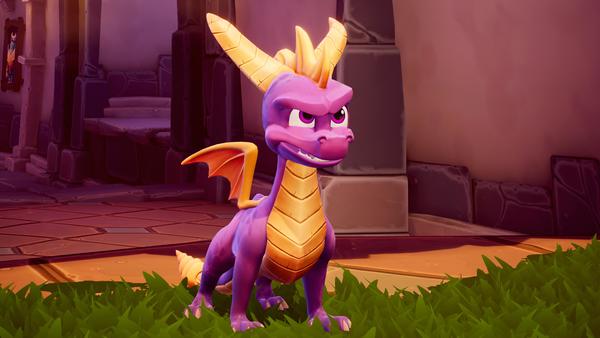 Toys for Bob is the developer behind the Spyro Reignited Trilogy. They're bringing the game to Xbox One and PS4 later this year, but what about Switch? We know Nintendo UK had a listing on their website for a bit, but that has since vanished. Could something be going on? IGN asked Toys for Bob about a Switch version, but unfortunately, the company said they were not able to comment on the matter.

Nintendo is hiding a lot to be announced at E3, making fans very tense in the meantime.

Interesting. I wonder why the secrecy... Maybe the Switch version is going to have some sort of extra. Amiibo support perhaps?

No comments ? Yeah, obviously! It is coming to Nintendo Switch. They are silly!

I have faith it will come. I'm really hyped for this.

Ori and the Blind Forest "did well" on Switch, dev team has nothing to announce about Ori and the Will of the Wisps coming to Switch
Feb 27, 15:59 by kendricklamario
Lost Words: Beyond the Page's Switch version delayed at least a year due to new Google Stadia deal
Feb 27, 15:38 by ms fortune
Sonic the Hedgehog director says Knuckles didn't have a cameo in order to keep things simple
Feb 27, 15:37 by chaoxys
XSEED shares more insight on the Harvest Moon/Story of Seasons rebrand
Feb 27, 15:35 by ms fortune
Pokemon Sword & Shield - Mewtwo and the Kanto starters appearing in Max Raid Battles, until March 2
Feb 27, 15:28 by seansneachta
GoNintendo Video - Being tortured by Jump King
Feb 27, 15:26 by autumnalblake