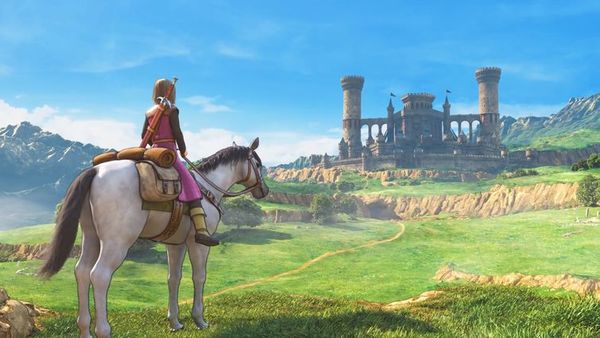 Open-world games have been quite popular for some time now. Hell, even Nintendo ventured into that realm with Zelda: Breath of the Wild, and with great success. If one long-standing franchise can embrace the trend, why can't another? Dragon Quest seems like a series that might do well with that idea, but Dragon Quest 11 isn't an open-world game. Dragon Quest creator Yuji Horii explains why the latest game doesn't take an open-world approach.

”If you’re going for a completely open world, there’s obviously a development cost attached to that, affecting where you spend your time and effor. If you want to, for example, go fishing somewhere, then you have to put a lot of effort into developing a fishing system. I felt that rather than spread our effort across a breadth of things, we’d rather concentrate everything on the story. I felt that was a much better use of our time.”

No explanation needed; not all games should be open world. It's not necessarily superior or always a desirable thing compared to other design choices you could make.

I think the world looks really empty. I hope they fix this.

No explanation needed; not all games should be open world. It's not necessarily superior or always a desirable thing compared to other design choices you could make.

I really do feel like not everything needs to be open world. Breath of the Wild suffers from some of the kind of things he's talking about. Majority of the development had to go into the over world and everything beyond that had to be cut down in some way, To the point where Nintendo didn't want to even call their dungeons, dungeons.

What's the difference between massive world and open world?