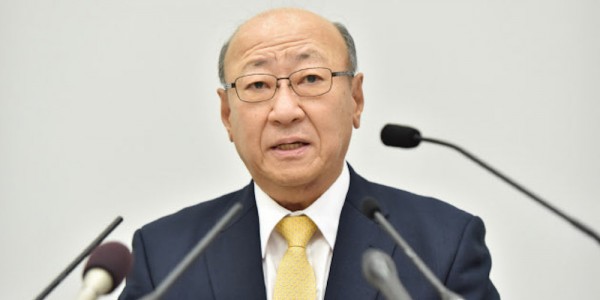 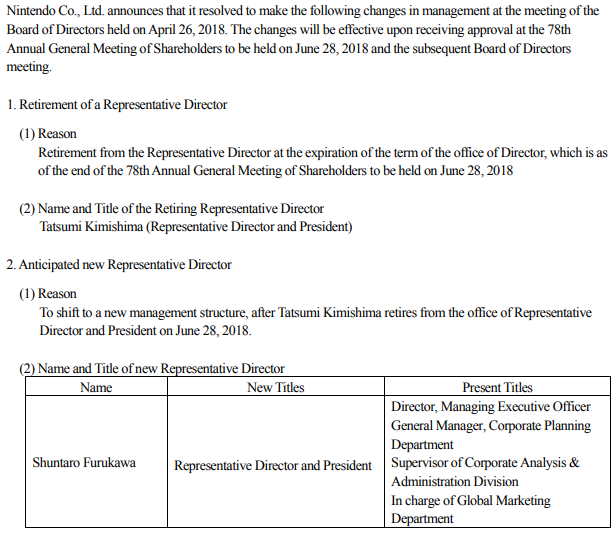 We knew that Kimishima was serving as interim president, but it's still a surprise to see him on his way out. He'll be replaced by 46-year-old Shuntaro Furukawa. Furukawa has an impressive history with the company, serving as Director, Managing Executive Officer, General Manager, Corporate Planning Department, Supervisor of Corporate Analysis & Administration Division In charge of Global Marketing Department. 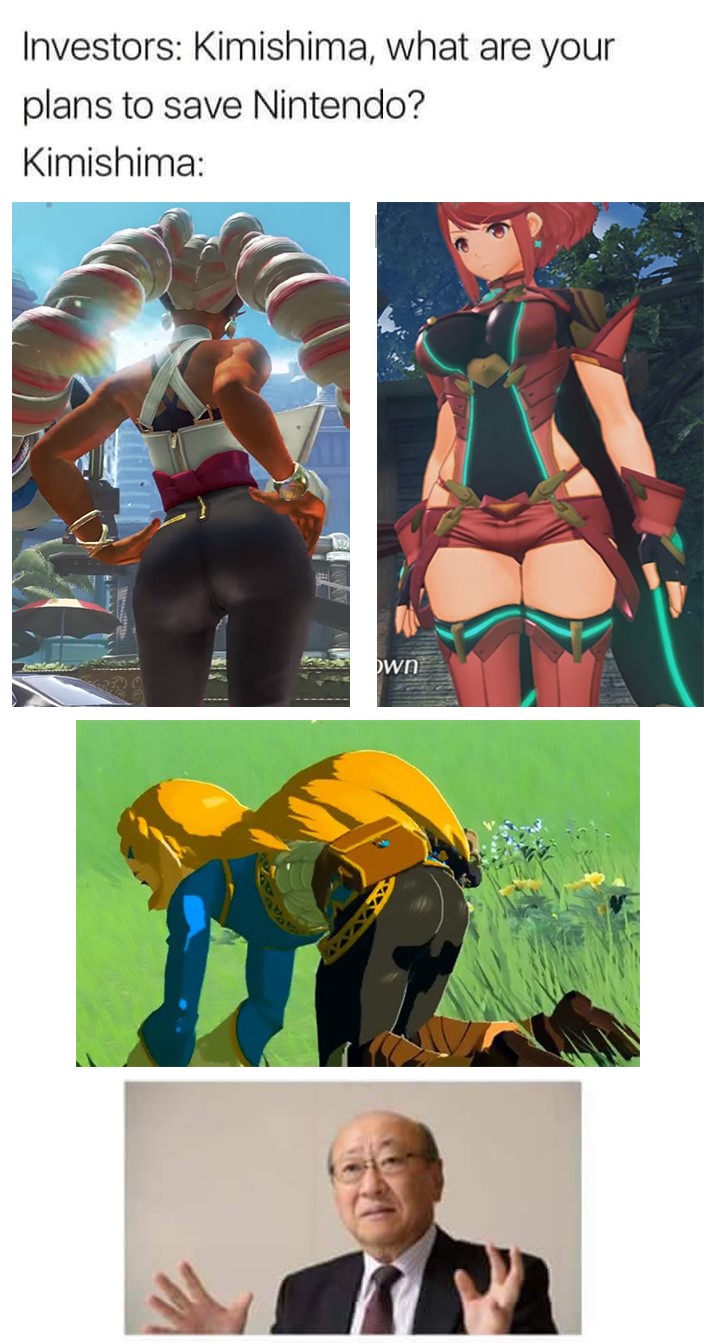 Re: Kimishima, I don't blame them for wanting a younger President, though one wonders why they didn't choose a younger guy in the first place.

Kimishima has helped Nintendo do well during his time as president. I hope Furukawa continues to let Nintendo grow and be successful. I also hope he has a personality to bring to future Nintendo Direct presentations.

That is a surprise becaus everyone was expecting Yoshiaki Koizumi as the new president.

This. Coming from a development background (like Iwata), Koizumi probably would have been great.

While it seems like the obvious choice, you can't really have a creator run a multinational corporation if he's not a prepared businessman. That's why Kimishima was elected, while Takeda and Miyamoto took care of the hardware and software divisions to compensate for Kimishima's lack of expertise in those areas.
Iwata was a businessman first and a creator second, so he was qualified for the position more than someone like Miyamoto.

Iwata was a businessman first and a creator second

No, he was helping create games long before he even became president of HAL Laboratory in 1993:

While attending university, Iwata worked for HAL Laboratory as a part-time programmer in 1980.[13][16] Among their first creations was a peripheral device that enabled older computers to display graphics for video games. With this device, Iwata and members of HAL created multiple games that were "straight rip-offs of Namco’s Rally-X, Galaxian, and others".[17] Despite this, HAL became the first company to establish a license with Namco for developing games.[17] He joined the company in a full-time capacity after graduating in 1982, becoming its fifth employee and only programmer.[13][14][15][16] Around the same time, Iwata's father was elected mayor of Muroran.[15] Despite his passion, Iwata's family did not approve of his career choice, and his father did not talk with him for six months after Iwata joined HAL.[16]

Iwata became the company's coordinator of software production in 1983, the time during which he helped HAL create a relationship with Nintendo so they would be able to produce games for its newly released Nintendo Entertainment System. He traveled to Kyoto himself to request permission to work on games for the NES, to which Nintendo obliged.[15] His first commercially published game was Joust for the NES—a port of the 1982 arcade game.[8] Other video games he worked on were Balloon Fight, NES Open Tournament Golf, EarthBound, and the Kirby games.[7][18][19] Nintendo initially contacted several other developers to produce Open Tournament Golf; however, all of them declined as they did not believe the large amount of data could be stored within an NES cartridge. Iwata seized this opportunity and "recklessly" stepped up to develop the game. It proved particularly taxing as Iwata had to create his own data compression method in order to fit all 18 courses into the game. Similarly, HAL had to program parallax scrolling for F-1 Race as the NES hardware did not initially support it.[17]

Iwata's proficiency with programming quickly placed him in high esteem among fellow programmers and gamers alike. He would often continue to work on weekends and holidays because of his passion.[20] With the company on the verge of bankruptcy, Iwata was promoted to president of HAL in 1993 at the insistence of Nintendo's then-President, Hiroshi Yamauchi.[13]]

Satoru Iwata was a programmer, but he was also a proficient businessman. That's why he got elected as president and not Miyamoto.
Same thing with Furukawa over Koizumi. You simply don't put a creator in charge of a company unless he knows how to run a business.

Nintendo can't thrive on creators alone. It is a large multinational corporation and one of Japan's most important companies.

Iwata was a businessman first and a creator second

I never understood this notion... if I understand my corporate structure correctly there are at LEAST 5 positions between him and CEO maybe just 4 cuz I do know in Asia they tend to just combine CEO and President, but not always. This new guy was at least a Director which makes sense because generally directors have direct contact with a companies shareholders and therefore may be able to influence voting.

Thatd be like me being a Receiving Supervisor suddenly jumping up to Store Manager or even Assistant Market Manager... Ya he seems like a nice guy, but in Management Nice Guys generally do tend to finish last.

I hope he's more interesting than Kimishima. He was really boring.

Well Kimishima at least spawned that meme. That was really fun.

Given the fact that we have a great meme of someone we saw very little of, there's a good chance we'll get some top-notch stuff from this guy.

His job wasn't being funny. His job was to make Nintendo stay strong after the sudden death of Iwata. And he did a god damn fine job.

Being on the outside, I really don't know what Kimishima was like or what decisions he made, or really anything.

I would like it if Furukawa dealt more with the fans than Kimishima did. Iwata was great with that between presentations and Iwata Asks.

If that is not his style, I wish someone would fill that void. I loved Iwata Asks. I found those types of conversations extremely interesting.

Iwata Asks is great. I have it permanently at the front of my bookmarks toolbar.

Even now when no new ones are coming out?

Yes, I go back from time to time to read some of my favourites.

Aw, that's sweet. I always loved Iwata Asks and am sad to see it being halted now. Maybe I should go back and read a few for old time's sake too

It would be so nice if they figured out a way for us to hear more from the creators.

Pretty shocking to say the least, but then it means Kimishima really meant it when he said he was probably going to be an interim president. He succeeded on making Iwata's final plans come to fruition and bring back Nintendo to the top.

Furukawa has a really interesting record, and considering he's currently the head of marketing he undoubtedly played a role on the Switch's success. Kimishima trusts him, and it'll be very interesting to see how a much younger president runs Nintendo.
Best of luck to him.

I remember a report after Kimishima said he was an interim president that he backpedaled on that statement and isn't going to be a bit more permanent. ...But this article and all these comments now make me think if this report is just a figment of my imagination...

From the Wall Street Journal article

Mr. Kimishima, a former banker, took the top role at Nintendo in 2015 following the death of longtime CEO Satoru Iwata. He said it was getting difficult for him to fly around due to his age. The better-than-expected sales momentum of the Switch console made him decide it was time to pass the baton, he said.


Perhaps he did intend to be more permanent, but he reconsidered after the Switch's massive success.

Wow that was fast. Never really got to "know" him.

The new guy kinda looks like Iwata San (a bit more chubby) ... Kimishima seem good enough but never got to see the guy crack a smile and i do think is kinda of important to not give the idea of "just a bussiness man" to us. with that said. I know that's their job... but... i think Nintendo fans like a bit more of sillyness from their "president"... maybe thats just me.

Quite honestly public perception is of negligible importance to their qualifications and performance. While I would like a more public face of Nintendo, it doesn't matter if the next president is someone as cold and ruthless as Yamauchi or as warm as charismatic as Iwata. Ultimately their job is to bring the company to financial and critical success, and that's what a good president needs.

Solid choice. A younger leader mixed the the remaining older leadership can be a good thing.

Thank you, Mr. Kimishima for taking the reins after the sudden passing of Mr. Iwata. We knew it would only be temporary. I'm looking forward to what Mr. Furukawa brings to this vaunted position.

Will he be the one to present this year's E3 presentation?

He really helped to make the Switch a success and repair many third party relations after Iwata's failed "developer to developer" approach. My respects to him.

Yoshiaki Koizumi, Shigeru Miyamoto and even Genyo Takeda alongside Shinya Takahashi are all too old to run as new president for Nintendo at this point.

Shuntaro Furukawa seems to be the best candidate at this point since he has been working at Nintendo for years. While I am paranoid of what he will do, He can't possibly screw up Nintendo at this point...can he?!?

It'll be difficult to mess up the Switch at this point, but who knows what will happen with the inevitable next console. It could be another Wii U in terms of business 'success'...

You know what's worse here? That Genyo Takeda just retired and we have no idea who would be the head of making hardware for Nintendo.

I really hope that he does not abandon Gunpei Yokoi's philosophy of lateral thinking with withered technology because that alone is what makes Nintendo's image.

We do though. Ko Shiota succeded Takeda after his retirement, but the thing is the news didn't make anywhere near as enough buzz as it should have.

Oh yeah I forgot about it!