Sonic Team on why Ray and Mighty were added to Sonic Mania Plus, abilities detailed 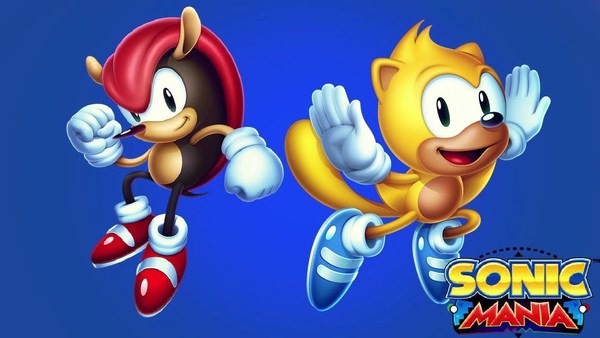 Famitsu: How did you decide on the additional features?

Iizuka: Sonic Mania’s lifeline is giving stimulus to fans’ curiosities and expectations, so we thought of something that if added would make it the most exciting, and the results were Ray and Mighty. There were people requesting them, who appeared in the arcade version, to appear again. Personally to me, they were supposed to be “sealed characters” that would never be planned to be added to games. But in this title we are squeezing in all series materials aimed for specific manias, so the stage for them to appear has already been prepared. In that case, we should unlock that seal (laughs).

Famitsu: How did you decide on the two’s unique actions?

Iizuka: Mighty the Armadillo has a trait of being a strong guy, and he has a hard shell on his back. By making use of that, we made it into a technique to drop vertically to the ground and make it shake. Also, he can repel enemy bullets with the shell, and when he’s curled up he can prevent damage once. Doing a sudden drop to the ground is a rare action in the classic series indeed.

Famitsu: What about Ray?

Iizuka: Since he’s a flying squirrel, we instantly decided on a gliding action. Although it may be similar to Knuckles’ gliding, Ray can raise up with effort. Depending on the [player’s] technique, he can fly for very long.

I really hope there will be a sequel. Although Sega has a strange way of wandering away from what works, especially the Sonic series

SEGA is very strange indeed. For someone who supports fan hacks and whatnot, why on earth did they do a takedown for Streets of Rage?

Really though, if it weren't for Atlus, SEGA would rarely make games that are gems or are critically acclaimed unlike Nintendo's case.