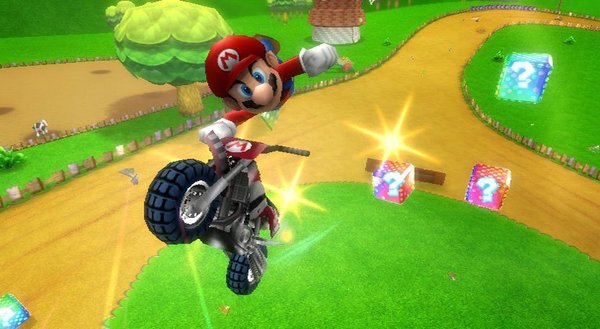 Earlier today we found out that Mario Kart Wii was going to see release on the Nvidia Shield in China. Now we have a few more details following that announcement.

Nvidia also took a moment to confirm that there will be more Nintendo games coming to the Nvidia Shield, but they didn't say what games or when to expect them.

be nice to have some nvidia stream service to stream my pc stuff to the switch.

What in the world is going off when a non-Nintendo console with the same chipset as Nintendo's latest core system is getting better *official* legacy support. Seriously?

I know Switch is doing just fine on its own but why having older Nintendo games running far better than their initial releases while still being fully featured is a thing exclusive to a system that's not even Nintendo branded is just bizarre. Cool to see them branch out like this but really, why is this not a Switch headline too?

EDIT: I get that this is China only, and that that market is very different to the rest of the world. Still doesn't change the fact that Nintendo aren't treating their older content as well as they should.

Wait for more details on the paid online service. I am almost confident that we'll see legscy games all the way to the Wii with time. It might start with NES and perhaps SNES games, but the rest should tag along in due time. It would be pure gold for Nintendo to do so.

We can only hope!

Free games on PS+ often makes the online play feel like it's the bonus service to me, not the other way around. If Nintendo can offer a bunch of classics up to the Wii, I'll be more than happy to pay the fee. It'd feel dumb not to!

Look! The VC went all up to the N64. They have ditched this for the sake of the online service. Does anyone really think we'll only get NES games? If so, those people are mighty naive. And if these Wii games work perfect on the Nvidia chips, it's a no-brainer that they at least consider to release them on Switch. Probably not from the start, but they did delay the service a lot, so even that could happen. We will find out petty darn soon. September is just around the corner.

Very true. I hope you're right!

The only reason I cast doubt on them doing right by their classic content is how bone-headed they've been in the past with it. Stuff like withholding games like Earthbound for no discernible reason, not allowing for cross play with past Wii libraries on Wii U etc. Hopefully they've changed their tune now!

A LOT is changing in Super Nintendo World these days. I will be curious to see what they have up their sleeves! And the paid service could be a complete failure OR it could actually be brilliant. Nintendo using their legacy games for this is already a smart move. And for that price? I guess almost all Switch owners will go for it!

I just don't think they can screw this up too much.... But they should take away that phone app for chatting and keep it optional (for the go).

Doesn't this contradict the last report that said the online menus have been removed?