DOOM Eternal will also have a traditional multiplayer experience 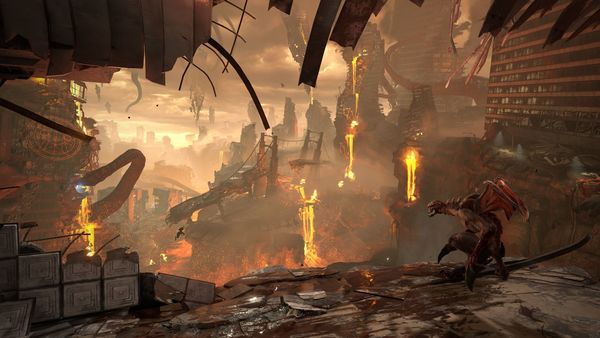 id Software was very quick to talk about their special Invasion online multiplayer mode, which lets people play as demons and invade other players' games. If you thought that was it for multiplayer though, you were sorely mistaken. DOOM Eternal game director Marty Stratton confirmed that traditional multiplayer will be included as well.

“The Invasion stuff is just kind of one of the ways that we’re going to make the Doom experience social. But we’re not really going deep into that. We are working on a PvP component. It is new. It’s not an extension of what we did last time. So it’s new. It is something we’re developing internally, which we didn’t do last time. I think players are gonna really enjoy it.”