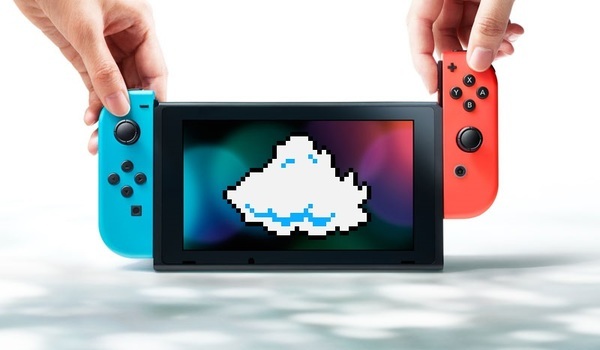 Earlier today, we got a look at a Japanese game box that included a blurb stating that the game supported cloud saves. The fact that this was printed on the box shows that perhaps all games won't support cloud saves. Now we have a bit more information from our friends over at Nintendo Life, who have talked to an anonymous source familiar with the situation.

- developers now have a tick box when submitting games to Nintendo, with 'Yes, support it' or 'No, don't' options for cloud saves
- this box has to be checked one way or another to proceed
- this is the only action developers have to take, with Nintendo handling the rest

Why a developer wouldn't include cloud save support for their game is beyond us, but the option is there. This would also seem to indicate that games already released would need to be updated to get cloud support.

Didn't one company not have the ability to release certain games on the VC for Wii because the forgot to enter certain things in a form?
I could easily see some dev misclicking on no. I'd hope they could change that after the fact.

If so, then I hope devs pay attention to this. If not, or a mistake happens, I bet they can tell Nintendo and fix the issue. It's 2018 already.

The rumor was Konami didn't read the form right and Nintendo sent them a form that had all of the Konami games on it. It said check mark the games they didn't want to release and they did the opposite.

Yeah that was it, checks out.

It was Konami for virtual console. They basically forgot to tick off the boxes for some games in the list.

Thank you, that sounds very Konami...

It always hits me. Each and every time when someone mentions Konami, in a negative or positive way, that "kona mi" in Norwegian means "my wife",,, Now re-read everything!

So do devs have to pay a fee in order to take advantage of the server space? If so, it explains why smaller devs might not be willing or able to include the functionality.

No, you don't deserve cloud saves. You filthy Nintendo peasants. Why should I justify your participation in Nintendo's online program? HAH! HAHAHA! AHAHHAAHHAHAHAHAH!

Seriously though, if a company adds a game that gets cloud support on something like ps4 but not on Switch, I'll be a little sore.

If some companies like City Connection STILL haven't added video capture to old games like Soldam how on earth would we expect everyone to add it to older games? Unless Nintendo has a retroactive automatic "Yes" process and the only asking they'll do is if someone wants to opt out, which would be better

No would be the option the pokemon company would use for their games, so i can definitly see some games skipping that.

Hopefully this option can be ticked on the developer's console without having to patch games.

Games like MMOs (DQX, PSO2), MOBAs (Arena of Valor) or other online-only and cross-system games (like Fortnite) would tick “no” because their games save on their own servers. Once games start streaming (like RE7 Cloud), those prob don’t need Nintendo’s cloud saves for the same reason.

That's a darn good point. I rarely play online games and never an MMO. So thanks for the heads up (hope RMC bans me for using that phrase hehe).