Pokemon director recalls the days of worrying about Pokemon Red/Blue failing to find an audience, and a glitch that almost killed the game 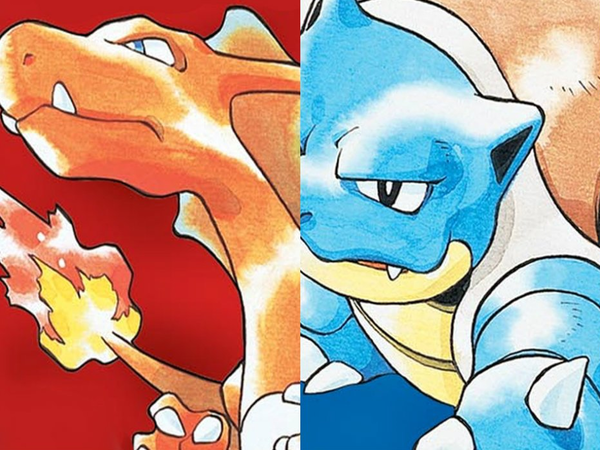 Pokemon director Junichi Masuda has worked on a lot of Pokemon games over the years. The series has been going 20 years strong, which is pretty great for a series that launched with many calling it a fad. Of course, way back during the development of the first Pokemon game, no one knew it was going to be an insane success. In an interview with Polygon, Masuda looked back on the creation of that first game, and how the team was worried it might flop.

When we were first [...] about to release the game, actually we were [...] it’s six years of development. It really took us that long to get to a point where we could release it. Near the end of development, we started to get really worried because we were [developing it for the] Game Boy.

At the time in Japan, the Game Boy had been on a decline. You didn’t really see so many people playing it out and about at that point. Even when we were talking to our friends in the industry and saying that, “Oh, we’re working on a Game Boy game,” they were like, “Really? You’re working on a Game Boy game? That’s not going to sell very well, don’t you think?” That’s kind of what the atmosphere was like in Japan at the time.

We really didn’t expect that it would be a massive global success or anything. Back then, even role-playing games — the thinking in Japan was that they really wouldn’t do so well overseas, so we didn’t even think about really releasing it overseas at the time. We were thinking, maybe if we could sell a million units, that would be a great dream-come-true kind of situation, is what we were feeling when we were first releasing it.

As you can tell, working on the original Pokemon release wasn't an easy task. That comes with the territory of creating something truly new and unique. That wasn't the only thing that lead to struggle, though. Masuda recalls one time where the team almost lost all of their work on the project.

...I think the most memorable [...] happening that I still have in my mind after all these years is that we were developing the game on these Unix computer stations called the Sun SPARCstation 1. [...] We’re developing, and they’re these Unix boxes, and they crashed quite a bit. Back then, computers would crash fairly frequently.

Somewhere midway through the development, maybe in the fourth year or so, we had a really bad crash that we couldn’t, we didn’t know how to recover the computer from. That had all of the data for the game, all of the Pokémon, the main character and everything. It really felt like, “Oh my God, if we can’t recover this data, we’re finished here.” I just remember doing a lot of different research. I called the company that I used to work for, seeing if they had any advice to recover the data.

I would go on this internet service provider back then called Nifty Serve. It’s like a Japanese version of CompuServe. I’d go on and ask people that I never talked to for advice on how to recover the data. I would look at these English books about the machine itself, because there wasn’t a lot of information in Japanese, just to figure it out. We eventually figured out how to recover it, but that was like the most nerve-racking moment, I think, in development.

It’s crazy they genuinely weren’t confident in the game back then. The series wasn’t planned beyond Gold and Silver. Over 20 years later and the franchise has never been bigger!

Goes to show that you need a bit of faith for your project to work.

Honestly, if it wasn't for Satoru Iwata, Pokemon may not have happened at all.