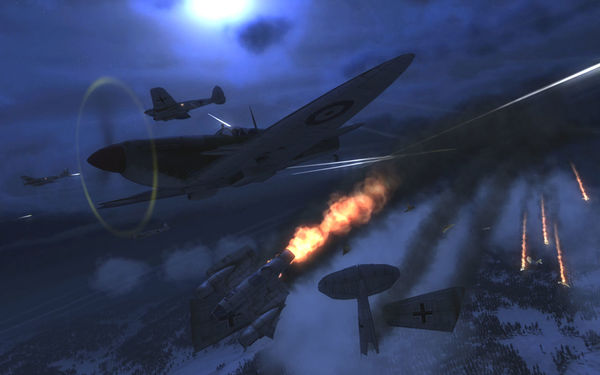 Air Conflicts: Secret Wars is an arcade flight simulation set in a world war I + II scenario. During the 7 campaigns the player has to fly and fight through 49 missions. Before taking off, the player can choose between different aircrafts, each with different strengths and weaknesses.

Within the missions the player gets different objectives like patrolling, sneaking, hit & run, bombing and escorting. Objectives are presented as dialogues between different characters. After some missions the player can upgrade one of his skills in order to maneuver the airplanes easier, have more endurance or have your wingman boosted. Further, the player can choose between two control schemes. Arcade and simulation. The first one makes the game easier to control, while the second one gives more options to control the aircraft.

Beside the campaign the game also features several multiplayer modes, local and via internet for up to four players.

Seven campaigns, each based upon a resistance movement of the second world war
Action-packed gameplay delivers the excitement of serial combat in a manner accessible to everyone
Over twenty different landscapes, each individually detailed with period precision
Pilot more than 16 individual aircraft, in both World War One and World War Two settings
Machine gun your enemies, dog fight, bomb ground targets and rocket ground troops and enemy vehicles
More than 48 varied missions provide combat, stealth and exploratory gameplay
The player can choose between two control schemes: Arcade and simulation.

The Brazilian ratings board is in the running lately for most Switch game leaks. One after another, they keep revealing titles rated for the platform that haven't even been announced yet! The latest rating is for Air Conflicts: Secret Wars, which is heading to the Switch sometime in the future.

Thanks to ThatWaluigiDude for the heads up!

UPDATE - Turns out this is going to be a double pack, which will also include Air Conflicts: Pacific Carriers. Right now, the retail release is only confirmed for Europe. 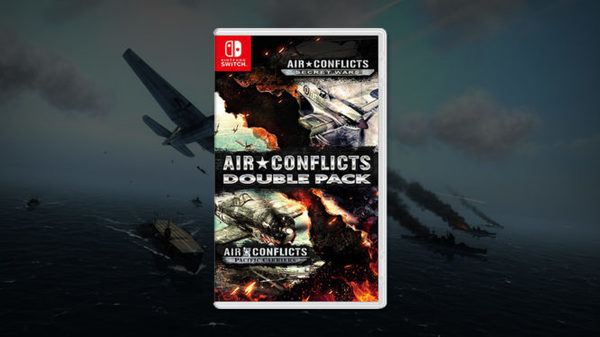