We might finally have proof that Nintendo did NOT download a Super Mario Bros. ROM for use on the Wii VC 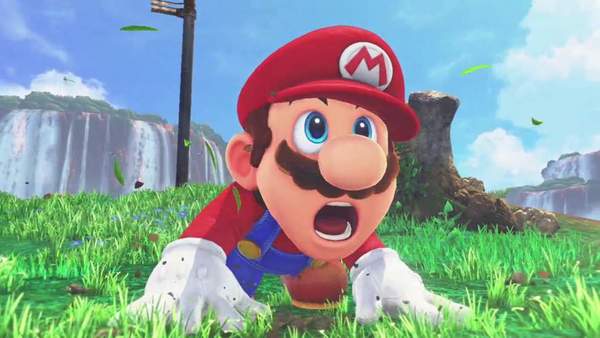 This one is a deep cut, boys and girls. The original story goes back to Jan. 2017, where Eurogamer put together a feature on the Wii Virtual Console and Super Mario Bros.. In a video, they propose that Nintendo actually downloaded a ROM of their own game, Super Mario Bros., and then uploaded it to the Wii VC to sell to customers. Obviously the report caused a ton of commotion back then, and the debate has been raging on ever since. That is, until some major evidence has come out today.

The Resetera crew has been keeping the topic alive, doing all sorts of detective work to find out just what the real story is. That brings us to some exhaustive research by Resetera user Krvavi Abadas. According to Abadas, the entire situation ties back to Tomohiro Kawase, one of the devs that worked on the iNES emulator. For those who don't know, Tomohiro Kawase actually works for Nintendo now. It seems the bulk of Kawase's work has been tied to implementing methods to play classic games on later Nintendo hardware/software.

If you want to get into the real dirt of it all, there are two Resetera posts that will give you every tiny morsel on the breadcrumb trail. Check out the posts here and here.

Again, Nintendo has said that they never downloaded a ROM to use on the Wii VC, while some in the emulation community believe Nintendo did. With this latest evidence, will the whole controversy finally come to a close? I doubt it, but this should definitely be a step in the right direction.

Huge thanks to Mariostarn for the heads up!
Submitted by: mariostarn
Rating: 9

Those same people believe Nintendo deliberately under produces their items, so they'll sell out quickly, creating artificial shortages. Yet they say nothing when other Nintendo items sit on the shelf, and don't sell out immediately. They cherry pick a few items and scream conspiracy. Yet when they get a re-supply, do these morons say anything? Of course not. They love being angry.

Don’t read this as first comment. Read Mariostarns reply below - they have much clearer explanation than the Resetera posts.

It makes a pretty large assumption that Nintendo hired a iNES Dev and he used a similar process internally to dump the ROMs inside Nintendo and that lead to the same header. That is a huge stretch.

Even if he was hired to work on emulation, it’s very unlikely he would purposefully tag the ROM dumps with the piracy scenes header.

It does because it's not a piracy scene identifier. iNES is not a piracy group.
iNES is the emulator that Tomohiro Kawase helped program. The iNES developers created the .NES file format since raw cartridge dumps were just simply not going to work due to NES cartridges using different expansion chips, different kinds (and many times multiple) ROM chips, and other enhancements such as battery backups. http://fms.komkon.org/iNES/iNES.html
The purpose of the .NES file format is to give identifiers to the emulator of the characteristics of the ROM image and how to properly process the information contained, and since this was very handy it became the de-facto standard file format for NES emulation.

Secondly, a generated file has metadata identifying not only the file format and its characteristics, but can also say the particular tool it was made with, license information, and other things. (e.g. a PNG image made using Adobe Photoshop has metadata identifying it as being made with Photoshop, even if it's not an Adobe propietary file format.)

Therefore, the header identifies that the ROM image is encapsulated in a .NES file, a format developed by the iNES developers, not a signature from a particular person or team, nor specifically an indicator that the iNES developers dumped the ROM file in question.

To go back to the Photoshop example, to reach the conclusion that Nintendo's ROM images came from the internet due to the presence of the iNES header is like saying that meme you downloaded off the Internet came from Adobe Systems' offices in California because the metadata has Adobe identifiers on it.

In conclusion, an iNES developer, generating a ROM image in 1998-1999, using iNES tools, created a ROM image with the .NES file format, identifying the format as a creation of the iNES team. These are not the same in any way shape or form as the "Dumped by EpicGamer69, your #1 WaReZ source for hot new games!" signatures used by piracy groups.

I edited this comment a quadrillion times, but I wanted to make it as clear as possible.

Your comment is abundantly clearer than any of the Resetera posts. Thank you.

For the record I didn’t believe the story to begin with, my comment was aimed at the “proof” from the Resetera posts which didn’t do much to dispel the original reports. No salt, no anger

Sorry if my post came off as passive aggressive, but I'm glad I managed to clear things out. No hard feelings either way.

Passive? You went for the throat!!

You clearly know more about the entire topic than anyone else. Kudos on doing the research and informing the rest of us.

I just wanna say, awesome job on such a comprehensive post.

It's not an assumption that the iNES Dev was hired by Nintendo, though - his name is in several credits for games which include emulated NES games, as explained in the first post that RMC linked.

Honestly, I don't understand why so many people believed this when the story first came out. Do they really think Nintendo doesn't meticulously store the game data for their precious franchises?

People who know about emulation have known this wasn't true from the moment it spurred and even pointed out to the iNES dev being hired by Nintendo. However, this wasn't going to make clickbait headlines and it was never reported up until guys at resetera found the info out for themselves.

And yeah, I'm shocked too that people would even doubt for a second Nintendo doesn't archive their stuff when they've shown stuff from their archives time and time again (They even showed off a room full of unopened Famicoms and Disk Systems at one point!), but as always, people just want to find a reason to get angry, not if the reason they're angry is grounded in reality or not.

Those same people believe Nintendo deliberately under produces their items, so they'll sell out quickly, creating artificial shortages. Yet they say nothing when other Nintendo items sit on the shelf, and don't sell out immediately. They cherry pick a few items and scream conspiracy. Yet when they get a re-supply, do these morons say anything? Of course not. They love being angry.

If people really believe that Nintendo stole a rom and sold it, then that is just sad...