Phantasy Star Online 2 Cloud devs on bringing the game to Switch, working with Nintendo on Zelda: Breath of the Wild collab content 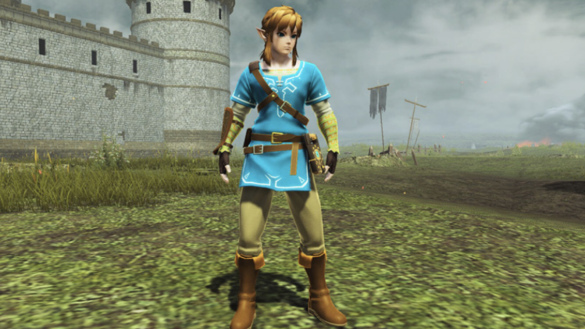 Nintendo Dream magazine talked to Phantasy Star series producer Satoshi Sakai and director Keisuke Nakamura about bringing Phantasy Star Online 2 Cloud to Switch. In the snippets below, read up on why the decision to bring the game to Switch was made, and how the Zelda: Breath of the Wild collab came to be.

Bringing the game to Switch

Sakai: Phantasy Star Online 2 is a boundary breaking RPG so we wanted to expand it to as many platforms as possible. When you expand to a new platform you give many more people the chance to play your game, so we were searching for a solution to include Nintendo’s hardware. However, when you make a complete port, it adds certain hurdles to keeping the server running as well.

During that process we had an opportunity to introduce a cloud service, which is really exciting… on our end, there’s not a lot of extra burden put on the service and people are able to play using the latest updates right away.

Nakamura: Phantasy Star Online 2 has been running for close to six years so the game data itself is close to 60GB. So if a new player decides to join, they have to spend a lot of time on downloading. Compared to that, the cloud version is a mere 40MB. Even with the regular maintenance on Wednesdays, as soon as the maintenance is done, when you open the cloud version you’ll be up to date, so it’s really easy.

Sakai: We were quite interested in ‘cloud gaming’ itself so launching Phantasy Star Online 2 on the Nintendo Switch as a service has significant meaning to us.

Working with Nintendo to bring Zelda: Breath of the Wild content to the game

Sakai: Collaborations in Phantasy Star Online 2 have always been popular and since we were working with Nintendo hardware we wanted to do something special. The latest episode features the middle ages as the main environment and Breath of the Wild is a representative title for the Nintendo Switch so we thought that if we featured Breath of the Wild then all Nintendo Switch users would have motivation to give Phantasy Star Online 2 a go as well, so that’s what we suggested to Nintendo.

All good and fine...I rather hear something like they be localizing the game.

There are plenty of western folks who would like to play this. If this game had 4 player split screen like PSO on the GCN, I would buy it day one for sure.

I doubt 4 player split screen would be possible if this is a streaming version of the game.

I agree. I had a blast with PSO on the Gamecube, and I've been wanting a similar experience ever since.