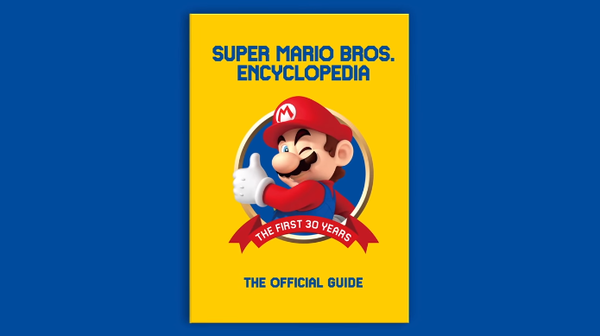 The Super Mario Bros. Encyclopedia is a new book put out by Dark Horse, which comes with Nintendo's blessing. Nintendo even offered up an interview with Takashi Tezuka for the book. You would think all of this collaboration would mean the Super Mario Bros. Encyclopedia would be the be-all/end-all of Mario knowledge, but unfortunately, it seems Dark Horse got their details from a fan source.

The gang behind the Super Mario Wiki, a wealth of Mario knowledge pulled together by fans the world over, is claiming that the Super Mario Bros. Encyclopedia uses their content without citation. You can see some examples below.

For example, the guide's Super Mario Sunshine section names one of the enemy "Stoarin Stu'". This was a completely conjectural name made by the editor who created the enemy's wiki page (as the enemy is not named in he game proper) and was not based on any official sources. pic.twitter.com/6ghMEyeN65


Another example is the Super Mario Land 2 section. Notice the completely inconsistent mix of plain English names and messy translitterations from Japanese? This is because the names were copied from the wiki's pages pic.twitter.com/WyX6l7fGzv


Spot the outlier! Even better, "Kuromame" isn't even the name of that thing in the Japanese script of the encyclopedia (it's "keronpa ball") pic.twitter.com/2eGGqrNSFw

It's quite odd that Dark Horse seemingly pulled from the Super Mario Wiki when they had direct contact with Nintendo. It'll be very interesting to see if Dark Horse or Nintendo themselves comment on this matter.

It’s sad to see this happen, because this will very likely affect Nintendo’s relationship with Darkhorse.

With this, TWEWY’s Italian translation and all the issues IGN has dealt with recently, it’s crazy how little integrity people have in their written work, despite how prominent their positions are.

This same thing happened to Wikitroid in the Samus Returns guide and again before the Other M launch in Official Nintendo Magazine in Europe.

You'd think Nintendo would be bothered to sign off on these things.

Now I feel bad for preordering it. It’s currently on its way to me.

Left a 1 star review on Amazon and wrote that it plagerised the Wiki.

I wonder if Dark Horse looked at Philp and said "if he gets away with it, why not us?"

Except Filip didn’t get away with anything ....?

If that's the case, how come he still doesn't get it?

His career in games media is dead.

This is disappointing. The book is already missing some games, so I had at least hoped it could be the official reference for English Mario character and item names. Now, that doesn't seem to be the case. Not sure what the use is for an 'Encyclopedia' that doesn't contain accurate information.

Even for the original Japanese release, the intent was to cover the mainline Mario games only.

I'm not sure the extent this was done. Doesn't look good. But this is nothing close to what Filip was doing at IGN and prior to IGN.

That we know off. Filips past actions only came to light after the Deadcells situation.

Who knows what else Dark Horse have plagiarised.

I don't really understand. Is it ONLY the names of the monsters, etc. (that don't have an official name)? If that's the only thing that's been copied from the Wiki, I honestly don't see what the big deal is. They have to give them SOME name, right? If Nintendo themselves don't have names for them, why is it bad that they would make the fan's names for them "semi-official"? It makes more sense to me than coming up with their own names.

Of course, if they're actually stealing for example the text descriptions of them or "borrowing" heavily from the Wiki in other regards, that's another story.

Sorry, just realized that the first google search for Soarin' Stu is for a wikia (which I was looking at), but not for the Super Mario Wiki.

Such dramatism, I agree with Lakster, don't see what's the big deal.

I remember back when the Lost tv show was made (2004-2010 IIRC), they very own producers and writers loudly proclaimed in the behind the scenes commentary that they looked regularly into the fan wiki "lostpedia" to check factoids and get them correctly when they were referenced in the show because it was that well made. And the Wiki was very proud of being that big of a point of reference.

The difference is the Lost producers acknowledged and likely asked permission before using the wiki content.

Dark Horse did not consult with the Wiki owners or credit them. Understand now?

The wiki operates under a license where he information can be freely used as long as credit is given.

The Wiki owners wouldn’t have been caught off guard by this is the proper communication was done.

the difference is that this is plagiarism without sourcing. there's a difference in using a wiki to keep track of references to your own material, but then there's taking conjectural, potentially not even official names and using them in your official published work without citing it.

remember your teacher telling you to not copy wikipedia when writing something? that's because wikis aren't always correct and you should always go to a source when citing something, especially in something that is supposed to be informative. there's also the other issue in this just being a straight up inferior product compared to other languages, since those actually bother to translate the names from japanese into fitting ones

it's horrible laziness and something that a major publisher like dark horse shouldn't be doing.

Haha... using Wikipedia for reports. I had to use the library because wikipedia didn't exist yet. Barely had yahoo.com and askjeeves.com

I was encouraged to using Wikipedia for my schoolwork long as I used at least two other just as credible sources? 🤔 🤔

As a frequent contributor to the Mario Wiki, I was hoping to get the proper translation rather than what Dark Horse is doing. No disrespect to my other contributors but we always try to get the the most accurate info whenever possible and now it feels like they used our wiki as a crutch.

We live in this age where our only "source" of info on any of these things is unprofessional wikis run by fans. Actual sources be damned at this point. They're literally the first place anyone will look for this stuff (even official publishers, like in this case!)