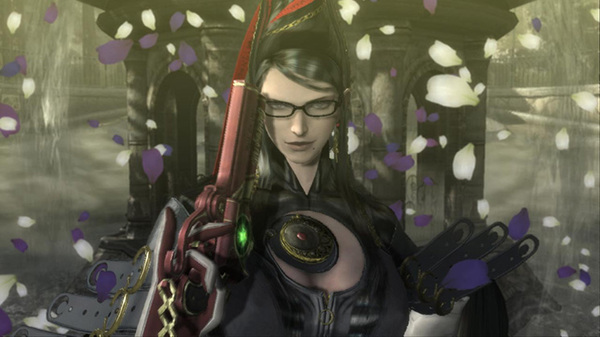 Lady Gaga and Bayonetta seem like a match made in heaven, don't they?! It's no surprise to see she's a big fan. I love that Nintendo swooped in for a little Twitter encouragement as well!

Thanks to Mock Turtle and Dondom95 for the heads up!
Submitted by: mock turtle, Dondom95
Source: Link
Rating: 10

As genuine as it may be, stuff like this will always be cringe. The gamergirl hashtag just seals that in.

Best part with this I just randomly saw BAyonetta today. Second best part is Nintendo's reply... Lady Gaga got one more thumbs up from me...

The sad part is I haven't seen anytheing new from Bayonetta 3 and it's driving me coocoo!

Why would you need that to be a "secret"
That seems kind of patronizing in a way.

Still a good choice of game though.

If I may defend my queen for a moment, I don't think she meant that in the sense of "I'm actually a gamer, it's a secret," but rather "you didn't know I was a gamer? Secret's out!"

I mean... I'd still wonder why that was a secret if she was playing games already, but I don't know much of Lady Gaga so I wouldn't be able to really testify much past this tweet.

But what "moon"song is she going to sing in Bayonetta 3?

Not a fan of her as "Lady Gaga" but when you hear her singing Iron Maiden or ...Crap... Was it Nancy Sinatra she covered? Can't remeber that one, but a good classic, you know she can actally sing damn fine!

But I hope my joke stays a joke and we'll get Keeley Bumford to do it!

There's been quite a bit of speculation that the next "moon song" will be Old Devil Moon. It's a jazz standard, just like Fly Me to the Moon and Moon River, and it even has a lyric about butterflies.

If, however, Lady Gaga were to cover it for Bayonetta 3, I would die happy. Keeley Bumford is great, don't get me wrong, but... Gaga.

Hehe. Even the title is fitting. I'll check it out.

I rarher have Keeley. I associate her more with Bayonetta for obvious reasons.

Gaga can sing damn good. But I like her when she does non-Gaga stuff.

I know, that's why fans are so convinced, to the point where I'm actually concerned what's going to happen if it isn't the song, lol. I'd recommend the Judy Garland version, it's my favorite of the ones I listened to in wake of the Bayonetta 3 announcement and the moon song speculation starting.

Fair enough on Keeley, she definitely killed Tomorrow is Mine and Moon River, so she would be a great choice to come back for Bayonetta 3 no doubt. I've just been making links between Gaga and Bayonetta since 2011, so I'm a little biased, you see.

Even though I know what you mean, the funny thing is that everything Gaga does is "Gaga stuff." She's very much a chameleon and makes everything her own. But she is very much on the off-cycle of meat dresses and lobster hats, so to that end, you should watch A Star is Born; she's amazing in it, and it's a great movie to boot.

And yes, I'm so sick of waiting for Bayonetta 3 news!! E3 was so disappointing in that regard. Every day is a new disappointment without a Bayonetta 3 trailer.

WOOOOOW! Judy's version really did give an idea as to what the song could be in Bayonetta 3. It can be perfect if done well! Thanks a bunch.

Keeley is, for me, THE Bayonetta singer. So I rather want her than Gaga. My bias, I guess. OH! I was talking about Gaga when she is NOT Gaga. Without all that mumbo jumbo, but rather sitting by her piano, playing it and singing, showing her true, musical, talent and it's AMAZING. But stuff like that don't sell, so she made some more primitive and easier music for the mainstream crowds and went all shocking in...Like Madonna was back in the 80's and 90's. I think she is fun though. I'm more into Del Rey or Anja GArbarek. Or whn it comes to metal, the queen herself, Doro Pesch... I also love the 80's and Samantha fox did get me into an early puberty hehe.

BUT!!!! One thing that would be better with Gaga than Keeley. Gaga's fame. But then again again, imagine the rage since it's Switch exclusive...

I know right? Perfect song as sung by a legend. Honestly, regardless of who sings the theme songs for Bayonetta 3, they could never.

I know what you're saying when you say "Gaga when not Gaga," but as a card-carrying little monster, my point was that even when she's not doing the pop music maximalism she's known for, she's still very much "doing Gaga." She may be known for the spectacle, but even when she's singing jazz with Tony Bennett, she's still fully Gaga. Meat dress Gaga and piano ballad Gaga are two sides of the same coin, essentially, since she very much believes both are valid artistic expressions and manifestations of herself. But that being said, if you're more into artists like Lana (who I do like, but is most definitely a different beast), I can see why you've sorted the various Gaga modes into ultra-spectacle "Gaga" and more normal "non-Gaga." Honestly, this is just my excuse to geek about Gaga on a game site, lol.

Oddly, there doesn't seem to be as much vitriol for Switch exclusives as there were for Wii U exclusives. Probably because people are actually buying the Switch, haha. Gaga singing for Bayonetta, or any game for that matter, would definitely be a huge get. The only comparable example I could think of would be Florence + the Machine doing the theme songs for Final Fantasy XV, but much as I adore Florence, she doesn't have quite the same amount of clout. At this point, though, I don't care who sings so long as we can just get more Bayonetta 3 info!!

HEhe, I'm thinking of Gaga being the mask adn she (I forgot her real name) being her. A bit like Alice Cooper and Vincent. But we'll just have to agree to disagree on this one I guess. You should give Anja Garbarek a listen. Norwegian artist, but on the very surrealistic side of things. But DAMN she's amazing. Gonna see her in January (if there are tickets left). I can PM you some fine songs if you wanna.

Hehe. I remember well the RAGE after Bayonetta 2 was revealed for Wii U. Crap. Platinum even got death threats. WHat the HEll? And people still don't understand that Nintendo was the one who took her in from the cold and gave her a warm, nice home. It's a lot calmer now with Bayonetta 3. Yeah, the Switch is selling, but the BAyonetta 2 fiasco can't be replicated hehe. But there are still people whining. I explained that "Nintendo have paid fpr the development of the games, so it's obvious they keep them as exclusives!" But I only get answers like "Well they should make a deal with Sony and MS!" But...WHY?

Anyway, back to Gaga. If she truly would be the next singer for Bayonetta 3, that game can sell pretty damn good just for that alone. I still want Keeley though. Can't help it!

I've been saying for years that the lipstick bullet from the Judas music video was a Bayonetta reference, not to mention the gun shoes in the John Wayne music video. Finally, I have been vindicated. My queen of pop and queen of games... it's beautiful.