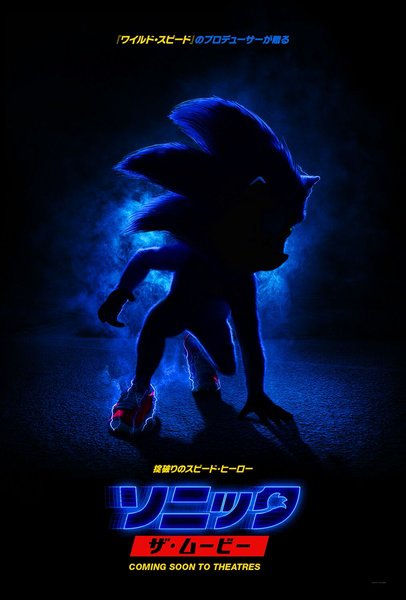 The internet is still reeling from the reveal of the Sonic the Hedgehog animated poster/teaser yesterday. Many were very unhappy with the design's direction, and the negative sentiment keeps growing. Wonder what some of Sonic's developers have to say? While you're not going to hear anything from current SEGA devs or Sonic Team members, there are some former Sonic Team members who were more than willing to speak up.

"Sonic is a fairy of hedgehog, so he doesn't need to be designed closer to a real hedgehog even in a live action.
Mickey doesn't become a mouse in live action, does he? Because they are fairies who can live on when people believe in them."

"I've heard that Sonic movie was going to be a mixture of live action and animation, but I haven't expected this..."

"Wooow, they made a totally unexpected arrangement there *rofl* "

"From the comments here, it looks like it's very badly received. I wonder if the movie is actually good when you watch it. I see many movies based on Anime or games are unpopular. I wonder why that happens..."

As you can see, it's safe to say that former Sonic Team members are feeling much like fans are right now!

Thanks to Gerjet for the heads up!
Submitted by: gerjet
Source: Link
Rating: 4

Is this one of the few times cringey is truly applicable? Reading the original creators being concerned about the decisions someone else did with their creation.

Yuji Naka doing research for his feature film adaption of Ivy The Kiwi?

SEGA badly needs to shut this project down if they really want to avoid damaging Sonic as a whole.

SEGA just stop...I get that you want Sonic famous and all but this movie will further tarnish his identity.

Considering the money they’ve already put into it, they need to actually release it or take huge financial losses.

But is this really for the best? The film is only going to damage the brand in the long run and we were just getting games like Mania on top of that....

I still have faith in the cast. Also, I'm pretty sure the Sonic brand is damn near indestructible. There have been some exceptionally bad games and more than a few that only attract the hardcore fans while making other fans cringe.

Yeah, what he said. This movie won’t do any more damage to the brand than any of the console games from 2005-2010 did. If anything, if it’s really bad, people will embrace it for just that reason.

It does hurt Sega still in the long run...

It might hurt a lot more if they cancel the release.

Sonic is a fairy of hedgehog

That explains a lot of the fan art I've seen.