Suda51 is already outlining No More Heroes 3, talks Switch ports of his older games, wanting Travis in Smash Bros., and ideas for an amiibo 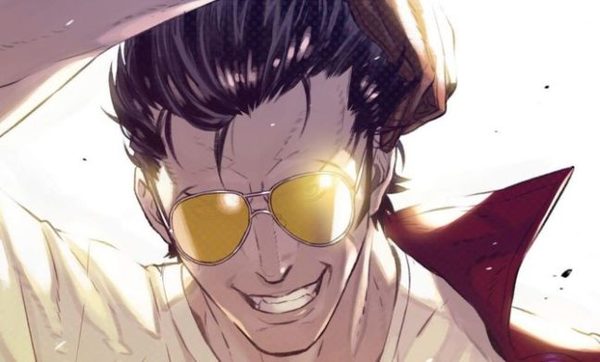 Suda51 has been talking up a storm about Travis Strikes Again: No More Heroes lately, but that's not all the man has on his mind. Check out snippets concerning the potential for No More Heroes 3, ports of various games to Switch, an amiibo idea, and hopes for Travis Touchdown in Smash Bros..

I definitely want to do that if possible. On the top of my list are No More Heroes 1 and 2. The IP is currently shared between Grasshopper Manufacture and Marvelous, so we are talking about how that´s possible.

On wanting Travis in Smash Bros.

If he has a chance to join the fray, he would be a very balanced character. I want to work very hard, so that Travis will be a candidate for the next Smash! I also think Travis would be a great rival for Bayonetta.

On plans already being laid out for No More Heroes 3

In order for Travis to stand a chance [against these powerful new foes in Travis Strikes Again] I wanted to give Travis the chance to enter these different game worlds and power up- to learn some new skills and gain some more strength so that ultimately I can work to make Travis a more prominent character in video game history overall. The skill chips that you saw Travis collecting in Travis Strikes Again’s game world, I want Travis to take those with him to the next game, the next numbered installment.”

On wanting to create a Travis amiibo

I even have a very concrete idea on what the amiibo will be like. I'm pretty confident that it's nothing that anyone would expect. People would probably imagine Travis holding the Beam Katana, but the amiibo I want to create is Travis saving his game while sitting on the toilet [a game mechanic featured in Travis Strikes Again: No More Heroes].

"I don't really want to see Travis as a fighter in SSBU".

Well, I do. And after 3 games with Nintendo, and the uniqueness of that I. P., the character deserves more recognition.

Yeah, Travis and Bayonetta seem to pair up very well for some reason; Suda's not the first person to realize this. I think it's because they've become the de-facto "Nintendo's mature characters" (and are both mouthy, bespectacled brunettes, to boot). They're third-parties, yes, but have made their home on Nintendo systems primarily and I've noticed that everyone tends to include them in with Nintendo's own stable of characters, like honorary first-parties. They're also both the most visible creations of two auteur Japanese devs; Suda51 for Travis and Hideki Kamiya for Bayonetta.

But yeah, if Smash had a PSASBR-like rivals system, I could totally see them being rivals.

(I don't think Nintendo would let him do the toilet thing with Travis's amiibo, though.)

I love how smash is seen by devs as "the big leagues" more than game awards or what have you.

My dream design for a smash adventure is not only one giant campaign at the beginning but a bunch of smaller adventures/ stories made in part by other studios playing with various characters interacting with each other. So much would be needed to keep characters and lore in check along with a bunch of legal stuff but if I could see that before my times up then I'd be a happy camper.

I don't really want to see Travis as a fighter in SSBU, but given the farce of Joker at The Game Awards, anything's possible.

Ubisoft have to get one of the DLC character slots. If they don't, I'm sure they'll be mightily peeved.

"I don't really want to see Travis as a fighter in SSBU".

Well, I do. And after 3 games with Nintendo, and the uniqueness of that I. P., the character deserves more recognition.

I don't even know much or like Travis much yet i'd take him over any Ubisoft character with ease. And that's regarding the fact that I don't think there would be any good music tracks for said stage

I just want to block you and not see your posts even when I'm not logged in, Sligeach. If I see you dont exist this site would be paradise again.

Sometimes I think Suda’s a bigger fanboy than US! I would love for all these things to come true but seeing as the DLC roster has already been decided, unless we’re getting bamboozled it doesn’t seem likely since he’s speaking about the future

The moment I heard Travis amiibo I thought “TOILET TRAVIS!” I’m glad we’ve both got our heads in the same place.