Nintendo explains how Marvel Ultimate Alliance 3 came to be, 'can't comment' on ports of the first two games for Switch 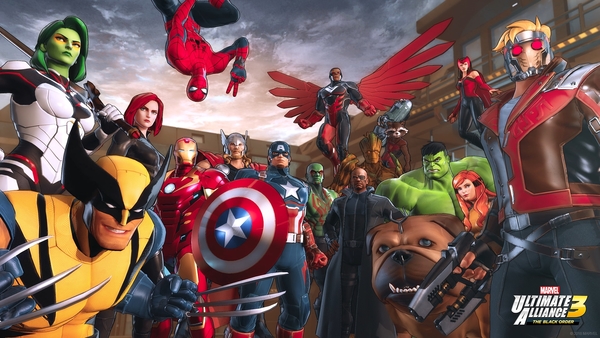 Marvel Ultimate Alliance 3 is coming to the Switch, and it was revealed during the Game Awards last week. It's a pretty major announcement, and yet it also managed to stay a secret. In an interview with IGN, Reggie Fils-Aime talks about how the project came together.

“It did. What happens in the world of development is you have companies who have positive experiences in working together, coupled with franchises being available, and the franchise owner wanting to do something with a particular franchise and in this case, those three elements came together in order to create the opportunity for that game. And we love that. And we're constantly looking for those types of opportunities. It's the Team Ninja portion of Koei Tecmo that's working on this. They've got a lot of skills, and it really helped paint a picture of what that game is going to be. We're tremendously excited about it.”

With the third entry in this franchise coming to Switch, many have been wondering if the first two could make their way over to the platform as well. Here's what Reggie had to say.

“I really can't comment on that. That's not been an area of focus for us. What we want to do is we want to make this game a great experience, and certainly with all of the excitement around the overall Marvel universe, we think it's going to be a great opportunity.”

I'm not too crazy about the art direction but I love how up close and personal the action is this time around. Also, it is wonderful to see Nintendo adopting an IP well outside of their walls. Kinda reminds me of the days of seeing an Imperial Stormtrooper on their N64 boxes.

I'm rather curious to hear more on how Marvel got involved in this collaboration.

I'm thinking, like, papers being faxed and signed and money being exchanged and such.

I think MR LIFE was thinking about how they got in contact with them, not the obvious stuff. Why where they chosen for this? Who contacted who? And so on.

EDIT: I could be very wrong though, but that is what I got out of his comment.

Teehee, apologies. Hinph drank a bottle of wine earlier and was being a sarcastic little buddy.

HAHA. No worries here. I do such plenty! ;) You'll have to take it with Mr Life!

Hopefully this game turns out really well and that Nintendo keep a close eye on Team Ninja. I've also been wondering since the announcement, is this forever a Nintendo exclusive or do they have a timed exclusivity deal for the game. Like other games, e.g. Nintendo published Lego City Undercover, but eventually after a few years it went multi platform. And in years to come, I bet this will be a nightmare to get on future Nintendo platforms, just look at all the other licensed games that are in limbo from generations past. Nintendo probably do have a limited time publishing deal.

I can't imagine the first two games being ported over since Activision did those, and they lost the license.

It's really not necessary to port the first two. They were cool for their time but by now they'd just be dated gameplay anyway.