Nintendo considered over 100 redesigns of Link before settling on his appearance in Zelda: Breath of the Wild, wanted to go with a neutral approach 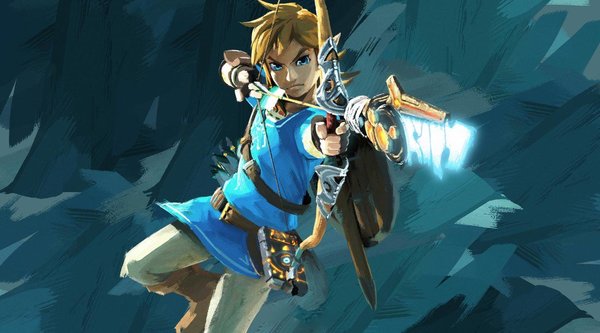 “Link is the game’s protagonist, so I’ve always thought we need him to look cool. Yet, if we overdo it, the people playing the game might feel like they’re controlling an already accomplished hero, which I felt could get in the way of the players immersing themselves in the game. For that reason, this time I decided we should make Link a more neutral character in a variety of ways.

We thought that the iconic green tunic and hat had become expected, so we wanted to mix things up and update his look. Interestingly, though, nobody on the team said, ‘Let’s make him blue!’ It just organically ended up that way.”

“Producer Aonuma-san declared that we would be revising expectations by updating Link for this game. He wanted Link to be a more neutral character that players could see themselves as. You can feel how energized and excited the artists were about this idea from the really interesting modern concepts they drew. There were close to one hundred designs presented within the team for Link, and the number of sketches was too great to count.”

“The Link of this game was to be a traveler from the frontier who exudes a sense of adventure, which is why there are a lot of designs that feature capes and bags.

At the beginning of development we drew a lot of landscape concepts. Link wearing blue clothes appeared pretty early on because the blue stood out against the backgrounds we were producing.

Did you notice that the Champion’s Tunic that appears on page 60 (see below) has a different pattern on the chest than the one from the start of development? Since the tunic is unique to Link, it ultimately ended up being a symbolic representation of the Master Sword. The story behind the Champion’s Tunic is touched upon in the second DLC, ‘The Champions’ Ballad.'””

BOTW Link is probably my favourite style for Link since WW.

I don't mind the blue at all, in fact It's my second favorite color next to green. Sadly, the lack of a hat for his canonical form REALLY bugs me and has ever since I started the game. At least there are so many hats that you can put him in (I went with the cool Phantom outfit)

I’m the opposite. The “elf hat” in recent games has bothered me because I think it just looks silly, especially on an adult Link. To each they’re own. Just found it interesting to see someone with the opposite opinion on this.

I remember assuming that Link's Champion Tunic was just going to be his prologue outfit back when Nintendo first showed off BOTW back in 2014. Honestly I'm glad that I was wrong about that.

I'm firmly on the "realistic Link as in TP or OoT" front, but I appreciate the thought that went into this design.

The redesign has really grown on me and I doubt they'll ever completely abandon the classic design.

I used amiibo to get a green tunic and didn’t look back. I don’t hate the new look but I’m a sucker for nostalgia, pointy hat and all. That’s why I used the original tunic. It’s nice to have the variety - hopefully that becomes a trend for the series. Do something different in every game but keep the old outfits as an option.

And bring back Link’s gerudo outfit. Not ashamed to admit I dug it.

I would want Toon link to be the main link from this point on.

It works for whatever Nintendo wants to do with it. I mean if paper mario can work here, why not toon link?