The Elder Scrolls: The Official Cookbook now available to preorder 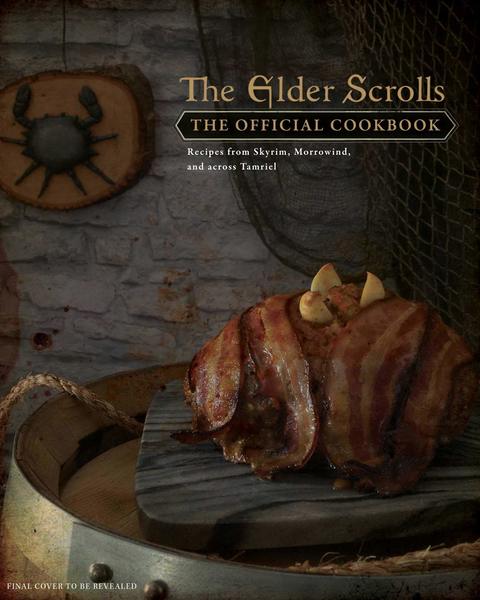 We posted up about this awhile back, but that's just when the project was announced. Seems like it's come a long way since then! Now you can preorder the title, get some new details, and check out a few preview pages on the Amazon listing.

Feast on all of the delicious dishes found in Skyrim, Morrowind, and all of Tamriel in this beautifully crafted cookbook based on the award-winning Elder Scrolls game series. Immerse yourself in the diverse cuisines of the Nords, Bosmer, Khajit, and beyond with these recipes inspired by food found in the Old Kingdom, across Tamriel, and more. With over sixty delicious recipes for fan-favorite recipes including Apple Cabbage Stew, Sunlight Souffle, Sweetrolls, and more, The Elder Scrolls: The Official Cookbook will delight every hungry Dragonborn.

Chelsea Monroe-Cassel is the coauthor of the bestseller A Feast of Ice and Fire: The Official Game of Thrones Companion Cookbook and the author of World of Warcraft: The Official Cookbook. A lifelong artist and fan of fantasy, Chelsea discovered her love of interesting food during a year living abroad in Turkey. Like the literature and fictional settings she loves, Chelsea’s work is a synthesis of imagination and historical research. Applying her multifaceted creativity to that passion has led her to a career of transforming imaginary foods into reality. She greatly enjoys foreign languages, treasure hunting, history, and all things related to honey. She and her husband currently live in an old Vermont house with a retired hound and a sturdy Manx cat.

They ported Skyrim to a book!