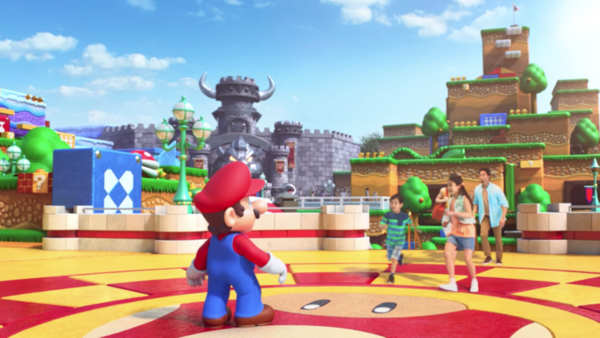 Much of the coverage for Nintendo and Universal Studios' collaboration on park attractions has been that of rumor and speculation. Outside of a few brief comments by both companies, official news has been very hard to come by. Today that trend continues with a rumor on the size/scope of Universal's plans.

Not too far back, we heard talk of Universal and Nintendo pushing ahead on some more projects in their parks that would go beyond the Super Nintendo World plans. This would include a Pokemon KidsZone area at Universal Studios and a Zelda-themed area at their Islands of Adventure park. Apparently those plans have now been halted, according to inside sources.

Don't worry, the decision to stop these extra attractions has nothing to do with Universal and Nintendo having a falling out. Word is that Universal decided to be a bit more conservative. They want Super Nintendo World to have time to prove itself before they go all-out on a bunch of Nintendo attractions. This cautiousness stems from a costly Fast and Furious attraction ended up being a major flop.

Probably a good call. More can be added once the foundation is successful.

I would like for them to have done it all in one shot. I don't think I can make the trip to Florida very often, and when I do, I'll want to see as much of Nintendo part of the park as possible. If they add to it over time, I'll just have to wait until more of it is complete before I go.

This is disappointing, especially considering that from everything I've seen, they pushed plans back by at least a year as they kept expanding. They were supposed to begin demolition in Jan of last year.
The F&F ride seemed cheap and lazy to begin with so they shouldn't be comparable.