Tales of Vesperia: Definitive Edition sells best on Switch in the UK 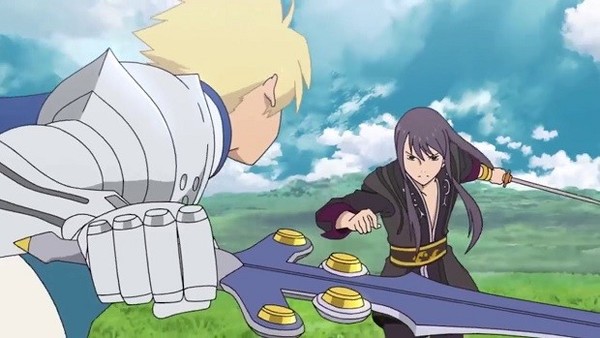 Well here's a bit of a shocker. Over in the UK, the Switch version of Tales of Vesperia: Definitive Edition managed to take first place among the platforms the game was available on.

The UK is usually Sony territory, but not this time around! Tales of Vesperia: Definitive Edition debuted in the No.9 spot for overall UK game sales this week, and 49% of those sales went to the Switch version. This was followed by 43% for PS4, and 8% on Xbox One.

It's good that TOV sold best on Switch, just about. That it's the first time on a Nintendo platform would have helped make that happen.

This is far more notable than Mario U. Switch already has far more install base in the UK than when Wii U launched, and NSMBU sold mostly after launch due to being bundled with the system, of course it did better.

The difference, is that usually launch titles have an insane attach rate. When the Switch launched, BOTW attach rate was 102% (because some people bought more than 1 copy), now I believe is nearly 40% (not sure about this one, son don't quote me on the number). When the Wii U Launched there were almost no games, so almost everyone in that small install base bought New Super Mario Bros U.

That being said, have you played the Tales game? How its the framerate? I'm not sure if I'll buy it

But either way Wii Us install base was under 3 million by 2012's end. It couldn't sell better than it did.

I wish I had it, but I've seen footage and it seems stable.

I didn't buy New Super Mario Bros U at launch. I got the Nintendo Land bundle, it was better value. I got Zombi U as well. I didn't want to support Nintendo in telling them that it was alright that they didn't really change anything about the series, apart from the Painted Swampland level, they should have done more of them. I did buy it later when they bundled it in with New Super Luigi U.

Which is a shame, as it has the worst performance on the Switch.

Can you provide sources for your statement?

There's plenty of videos of it on youtube and plenty of reports from players. I'm not going hunting for you.

Worst performance but it plays well enough (besides, crashes are reported across other versions too and some people claim that the PC version is stuttery at points). And it's also playable on the go (which is a big advantage I would think). If comparing across platforms which all do the same thing, then obviously it makes sense to go for the best performing one.

You can see comparison screens here:

I said in the comments section that the differences would probably be more glaring when we seen it in motion and you can see it. Handheld Mode is absolutely fugly.

You can see a difference. There's also the framerate disparity. Again, when the game is played unlocked, the game looks hideous.

Ah yes, 30 FPS in the overworld which doesn't require 60 FPS and is the same on the X1 version and just a minor difference in graphical quality. How awful

Yes, how awful. The Switch is more than capable of running the game with far better performance than it got. We shouldn't be rewarding Bamco for half assing the Switch version. It'll just teach them they can get away with poor ports. Furthermore when there is a best version there is no reason to buy the inferior version if you have the option not to.

It would be a poor port if the game ran at 30 across the board rather than in the one area where Tales of games generally ran at 60: The actual battles.

Nah, I'd say they're looking forward to bigger games coming in the next couple of weeks, there's Resident Evil 2 Remake and Kingdom Hearts 3.

The Switch doesn't have another big release until Yoshi's Crafted World in over a couple of months time, March 29th. It's also the first big NEW game of the year for Switch.

This released on the same day as NSMBUD, though.

Tales has always had a good reception on Nintendo platforms in the west - it's just that Namco spent the last few generations ignoring the audience.

Great to see this doing well too. For those who hadn't played them previously Switch owners got a fantastic one-two punch with NSMBU and Vesperia!

Wow this really shows how much xbox has moved away from retail sales. The Xbox One has three times the install base of the switch in the UK and Tales of Vesperia was originally a Xbox 360 game and the Xbox 360 sold better than the ps3 during that generation in the UK. I guess the PC sales/xbox game pass must really have changed things quite drastically. At this rate I'd be suprised if Xbox bothers with retail games at all next gen.

UPDATE: I have discovered that Tales of Vesperia on Xbox One was exclusive to Game in the UK. As Game is a rubbish company that doesn't even cover the whole UK I can understand how this would damage their sales but they probably had to pay for that exclusivity.

Not only that but Tales of Vesperia DE actually debuted during Microsoft's E3 press conference last year. It wasn't confirmed to be multi-platform until a little bit later through Bandai Namco's Twitter.

Not too much a surprise. On the Bandai Namco store, the premium Switch version was already hard to get in comparison to even PS4 version. Glad this translated to retail as well, more so as niche RPGs do well on Nintendo systems.

Now can we finally have regular releases of Tales games on Switch, please Bamco? Not just the odd one every so years?

Only 8% on X1... if anything sold this badly on a Nintendo console, third parties would stop supporting it.
Particularly japanese third parties are really wasting their time on Xbox.

Yeah, and even that way it so happens that we’ll still see more 3rd party support for Xbox than for Switch.

I'll wait to tell me why that makes sense.

Honestly I don't see why this is much of a surprise.

First off, this is the first time Tales of Vesperia has launched on a Nintendo platform. PS3 + Xbox 360 had it, so I doubt many would double-dip.

Secondly, as you know, Nintendo in UK is a bit more niche, with players generally have a bigger interest in Japanese culture, games, anime etc. A JRPG will obtain bigger success on the system as it has more of a targeted audience than say XB1, where the primary audience would rather play Fifa 19.

That aside, I hope to pick up this title at some point. Last Tales game I played was Abyss on 3DS, so been a good while.