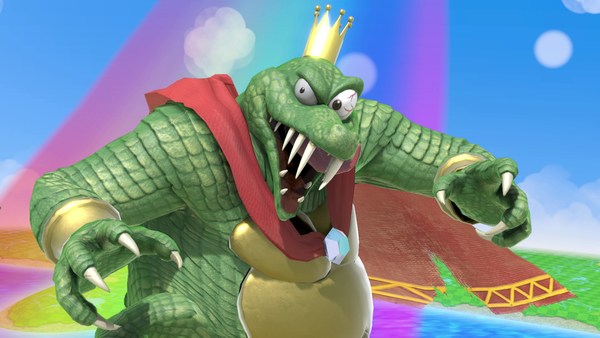 Japanese publication Nikkan Kogyo Shimbun recently had the chance for a quick interview with Nintendo president Shuntaro Furukawa. He had some great news to share about the Switch in general, and also shared a few more tidbits on Nintendo's smartphone plans. Check out the summary below.

See Nintendo, this is what happens when you add K.Rool to games. K.Rool = sales! Im sure Returns and Tropical Freeze would've had 2 million plus more sales if it had the Kremling King in them.

See Nintendo, this is what happens when you add K.Rool to games. K.Rool = sales! Im sure Returns and Tropical Freeze would've had 2 million plus more sales if it had the Kremling King in them.

I don't like the sound of this. If they have any good games on mobile then they need to release them on switch as well. It already irks me to know that I'm not going to be able to play Mario run until I finally break down and buy a new phone. I don't want to see more Nintendo games that I'd like to play exclusive to non Nintendo hardware.

I've only ever seen arcade cabinets as exceptions to this, but maybe that's just because they've always been there. I guess the main difference is that modern arcade games have a bit more to them than what can normally be done on a console, meanwhile phones have very little they can do that the switch can't.

You wouldn't want to play Fire Emblem Heroes on Switch, it's too small. Same with Run, the game is too "quick-play" for console. The games that sell on phones wouldn't necessarily sell on consoles. Many tried, and many failed. So I don't see it as a problem. They won't make the next big mainline games on phones. They would cost too much money to make, and wouldn't sell. So I'm not particularly worried about this. He clearly sees Mobile as a wallet to fund some stability for the main, bigger, more experimental games on Switch.

Then in that case, explain dragalias lost that's a brand new IP that was on phone.

I don't mind Nintendo wanting to do more mobile games but really at this point, all their phone games sans run and go are REGION LOCKED!!!!

so what's the point going mobile if they are only doing so little to get people into their ips.

I'm not sure what you want him to explain about Dragalia (not dragalias) Lost. Just because it's a new IP doesn't mean it isn't a wallet filler. It's a real mobile experience in every regard and thus is the best fit on mobile. From what I see, it's a gacha game with some 3D realtime RPG gameplay, complete with multiple currencies and all that. This is exactly the type of game that can sell just fine on mobile but likely not on Switch and falls completely in line with what Elfteiroh said.

And since the game runs on a server, all with their own event schedules and such, it basically needs to be region-specific by design.

So, no, they're not doing "so little". The release for Japan and US is coming soon enough

Dragalia is a joint effort between Nintendo and Cygames. Its not just a Nintendo IP, Cygames also owns the property and we don't know who gets more of the profits.

I know. Are you saying this in response to it being a wallet filler? Even if we don't know how much Nintendo is making on this, they are obviously looking to make a profit regardless

Thanks for the support here.

But yeah, Dragalia is the closest they made to a "full" game on mobile. But like you said, it's still a stretch to say it would work well on Switch. But I haven't seen how the game really play, it's still not available on iOS here in Canada. :/

I've only checked the promotional material Nintendo released, and it seems kinda like most mobile RPG games I've played. It seems fine for a mobile game, but expect freemium practices (gacha, multiple currencies) and a lack of depth

Exactly. Mobile games are often a completely different beast. Already the gaming culture is different, with it only really offering shallower time-wasters. But also the fact that there is no dedicated controller and a smaller screen means you just can't have the same games as you can have on the Switch. The prime examples are Odyssey and BotW which would never work on mobile. And with how much money and recognition Nintendo earned with those titles, they won't just abandon such games

I hope you're right. Obviously I haven't had the chance to play those mobile games, so I was under the impression that they were a bit more than "quick-play" (although some could argue that some switch games do fall under this category) . I really just don't like the idea of wanting to play a Nintendo game that isn't even on any of their consoles. It's hard enough knowing that I'm never going to get a chance to play many of their more recent arcade game.

Fire Emblem maps are VERY smalls, and are made more like puzzles than real strategic battles. They are fun, but On the Switch, they would feel too light. On mobile, they are perfect to play while waiting for the bus or subway.

Mario is very close to 2D Mario, but the always running gameplay make it more like a "parcours" game, and memorizing the different platforms pattern is key. The innovation here is the fact it's a very action gameplay, and that it works on mobile, something very hard to do. But if it was on Switch, it would be fun for maybe a day or two, then after you would wonder why you bought that instead of NSMBU or Odyssey.

Didn't really play Animal Crossing, but again, it's very barebone compared to the original game. It's a very small sandbox, and the options are very limited.

I like the little sausages on a toothpicks there is sometimes in banquets, but I don't miss them when they don't have them, as long as the banquet is there. It's very similar, IMHO.

Well said. As long as they don't release anything huge exclusively to mobile (something like Hey Pikmin) it won't be the end of the world. I'm interested to see what direction the Mario Kart game will go in. A game like that is sure to influence subsequent mobile games.

The Switch is doing great. So good to see Nintendo back in action. But it still makes me curious to how they'll realt to the PS5 and NextBox reveals/launches.

That's impressive sales for Smash Bros. Ultimate, it should have been called Super Smash Bros Evolved. It's far more fitting than Ultimate.

Funny how Nintendo have changed their tune about mobile gaming. Now they want "smartphone gaming as a pillar of earnings".

See how words can be twisted. The Switch isn't a home console, they can say what they like, but it's a handheld. So does this mean then that it's not the fastest selling compared to their previous handhelds? Possibly. But he wanted to put a positive spin on things, don't get me wrong, the Switch is doing amazing, it has a long, long way to go to catch their other handhelds though.

Yes we do see how words can be twisted. Much like you're twisting the words of this article into a negative now. Nicely played.

It is impressive he can twist words when he can barely even understand them.

He's butthurt because it didn't fail, he did say "mark my words, the Switch will fail." Now it has to beat the DS to impress him. Some might call it moving goalposts, others might call it being contrary for the sake of starting arguments and derailing threads.

He’s even more butthurt that Smash Bros is such a success. But what can you expect from someone who doesn’t know what a port is.

Well I'm having a smash with Smash Ultimate for sure. The thing that annoyed me the most in Smash 4/WiiU was that it was too slow. They tweaked the gameplay back to it's faster, "WTFF?" gamplay. And dadded so much more. I'm hooked. And the game deserves all the praise it gets. Sakurai and co have really worked their asses off for this. I mean come ON! Pikachu vs Solid Snake vs Mario vs Simon vs Bayonetta vs Kirby? With all the silly stuff and stages and music! I'm having a blast,
I can agree, though, that it sucks that I can't collect trophies. But on the other hand there are like 1300 spirits? I have enough to do, but I do miss them trophies.

The Switch isn't a home console, they can say what they like, but it's a handheld.

I find it fascinating how people argue this matter from personal views rather than actually looking at facts. From reading many people's opinions and seeing polls, it seems like it's almost 50-50 as to how people game on their Switch. Some more in handheld and others, like me, almost only in docked mode. There are some games I just can't play in handheld (BotW, Bayonetta 2, Xenoverse 2 etc) but some I can play in both modes (and I am truly amazed at how great Smash Ultimate is in handheld mode). And we all got the idea taht Nintendo would make a hybrid console after they Combined their two teams. So it's not really PR talk when it comes to the Switch being a hybrid console. Actually, Nintendo delivered exactly as they promised and most gamers seem to agree o tat. Yeah, it truly is underpowered compared to the other platforms, but it's been like that since the DS/Wii era with Ninty. That might chage though.

And yeah, the Smash numbers are very impressive. And it's a damn fine game on a damn fine, and good selling, console.

Nintendo could have easily added TV out on the 3DS(would it then be a hybrid? I say no) but they didn't want to muddy the waters, they kept the handheld and home console market distinctly separate. It's different with the Switch because they've lumped most of their eggs in the one basket. They've a few other lesser branches of income, but Switch is their main breadwinner. If it looks like a duck, walks like a duck, swims like a duck and quacks like a duck, then it's a duck.

It’s pointless trying to convince him against his solitary opinion.

They’ve always called it a home console and portable system

Anyone want to chip in and we send him this t-shirt? 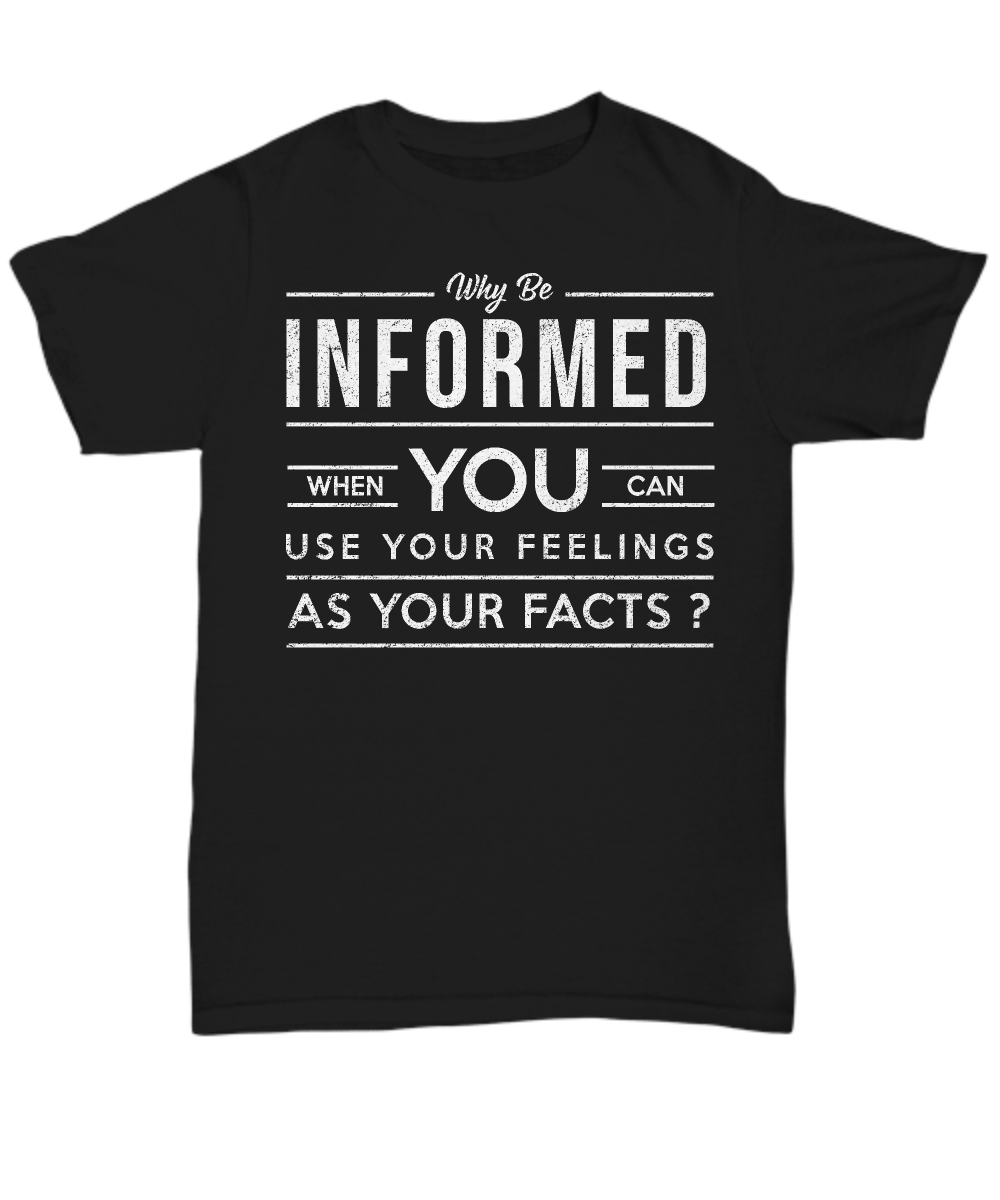 Damn I know a lot of people who needs such a T-shirt.

Sill, and back on topic, Nintendo truly did deliver on the hybrid aspect of the Switch. It is it's main selling point as a console (with some damn fine games ) so I just don't see why people call it a handheld when it can be, but not exclusively. As said, many a people use it as a home console with the option to take it on the go if so wanted/needed. I mostly continue Smash EVOLVED (LOL) in the kitchen while I am making food and/or eating but soon go back to my TV =)

Switch is not a duck.

I think at this rate, the only game that'll best this is the Pokémon game.coming out this year on switch, which will have 2 SkU's.