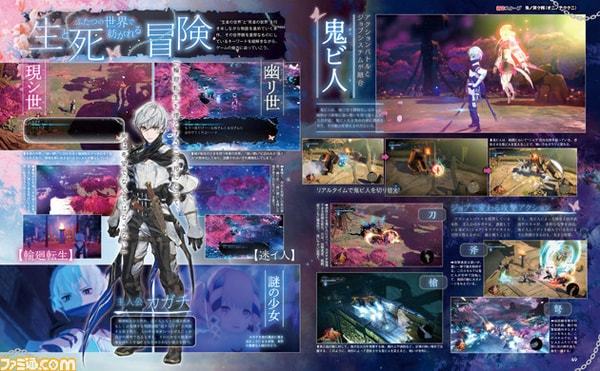 Oninaki, a new RPG coming from Square-Enix and Tokyo RPG Factory, has gotten a feature in this week's Famitsu. The feature reveals a few interesting details on the upcoming game, which you can find out below.

- Chrono Trigger and Live A Live director and scenario writer Takashi Tokita is working on the game as its creative producer
- scenario is being handled by Hirotaka Inaba, who also did the scenarios for Tokyo RPG Factory’s previous titles
- the game is described as an “intensely shocking title”
- logo was illustrated by Tomonori Kogawa
- Tokyo RPG Factory’s Atsushi Hashimoto is the director
- Ryutaro Sasaki is the producer
- the game is set for release this Summer, and is currently 65 percent complete