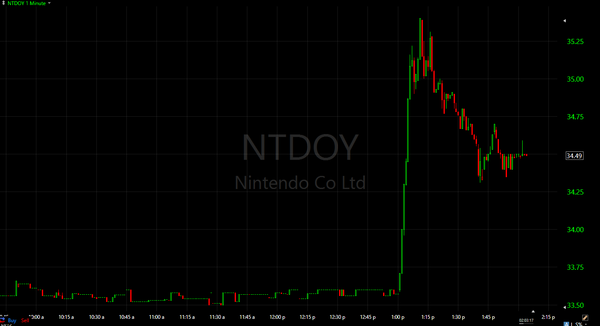 Here's an odd one for you. Earlier today, Nintendo's stock jumped up 4% in just fifteen minutes. That accounts for just under 300,000 shares of Nintendo's stock bouncing from one holder to another. Even stranger, this jump happened roughly an hour before Nintendo announced Reggie Fils-Aime's impending retirement. There's really no other major news going on today to account for this jump, which makes you wonder if perhaps someone was privy to some info before they should have been.