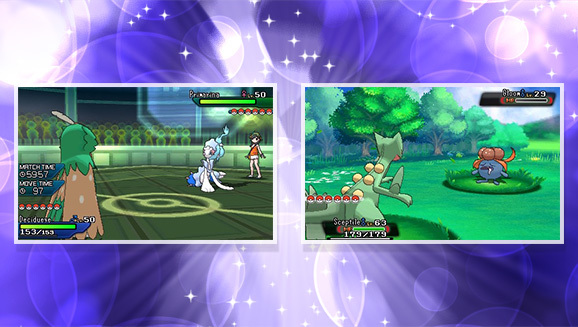 Are you worried that Pokemon games are too intimidating? Haven't ever checked out a mainline installment? The Pokemon Co. and Nintendo want to ease you in with some Pokemon basics via a new feature on Pokemon.com. For anyone who's been a bit nervous about jumping in, this feature should help ease you in.

Setting out on an epic journey with a Pokémon partner by your side can be exciting and fulfilling, but it can also seem a bit daunting if you've not experienced an RPG before. This guide will take you through the basics to get you started on your next Pokémon adventure.

To begin with, RPG stands for “role-playing game,” a gaming genre in which the player controls a character on a journey through a fully realized world. As is typical of the genre, the Pokémon RPGs feature involved stories and loads of exploration. There are towns to visit, characters to meet, and battles to be fought. You may also see the Pokémon RPGs referred to as “core Pokémon games,” because the long-running series began with a pair of RPGs—Pokémon Red Version and Pokémon Blue Version.