Mario Tennis Aces got a version 3.0 update out of nowhere, and the patch adds a lot more than you might expect.

First things first, there is a brand new opening movie, which we embedded above. We see Wario and Waluigi going through ruines, finding the almighty Lucien and heading to Marina Stadium. The animation is quite excellent, though some of the voice clips could use some work.

Next up is the return of a classic game mode, namely Ring Shot. In the mode, you swing the ball back and forth all the while sending it through rings. By carefully using your specials at the right moment, you can net yourself a hefty amount of points. Ring Shot can be enjoyed either together or against one another, and on every court present in the game.

The update comes to a close with Yoshi's Ring Shot, a special variation on the game listed above. You will get four times the point you usually do, making for one highly competitive game. There are also colored rings you need to keep in mind as they are meant for your teammate or your opponent. Yoshi's Ring Shot is also available as a Co-op Mission until June 1. By performing well, you will be able to get some sweet Yoshi color options.


Nintendo has also announced that Dry Bones will be next character on May 1. By simply entering an online tournament, you will get access to him. While we aren't sure about future updates, there is at least one more roster addition coming in the June update.

At least now we know how to contain that infamous Wario waft. 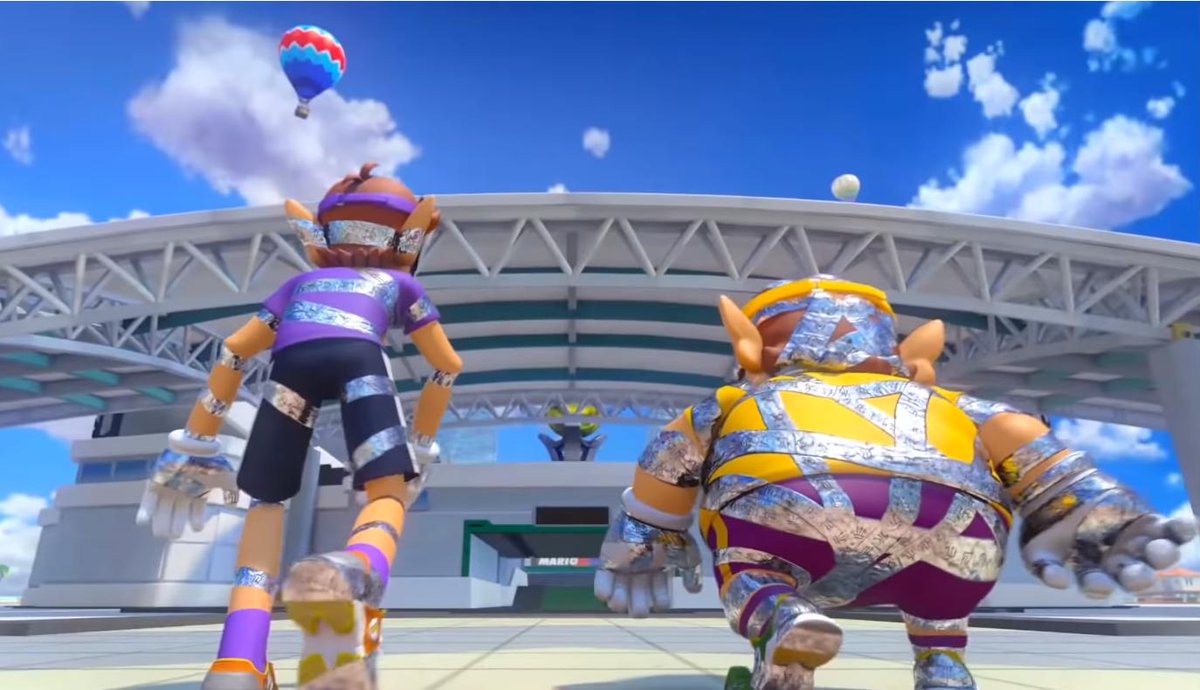 Just gotta add Baby Mario and Dry Bowser and the on cart DLC nonsense will FINALLY stop and the game will be properly complete. I really fucking hope Nintendo doesn’t pull this crud again and try to pad a game out with already finished content (characters) as they work on actual new stuff (modes). They were both fully available in the game’s code back when the online tournament hit.

I'm hoping that it's just a trend. It's kind of like they want to recapture the success of Splatoon. It's clearly not working with games like Mario Tennis. This game could have been great, but I can't be bothered to play it at all.

The online is already suffering as is. It takes a while to find people to play with and it's near impossible to find anyone playing doubles. They should have stuck to making a complete game and let us unlock characters in CPU tournaments. Now there's practically no reason to even play the game after beating the story mode.