Nintendo Labo director thought VR would be a 'great match' for Labo, says you need to 'experience' Labo to get it, and mentions a cut idea

The wonderful world of Labo
by rawmeatcowboy
17 April 2019
GoNintendoGN Version 5.0 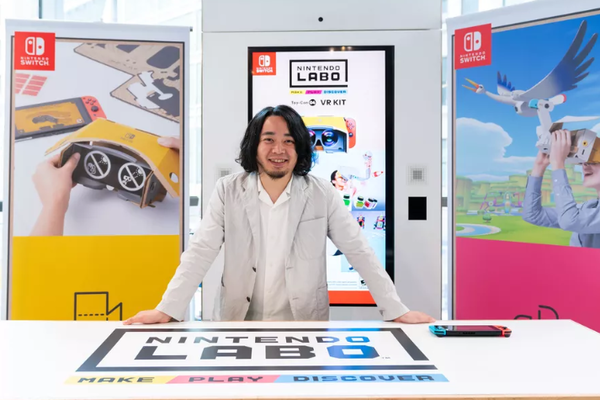 Nintendo Labo director Tsubasa Sakaguchi has a lot to be proud of right now. He has overseen 4 different Labo Kit creations, with the 4th being the most impressive of all. It's the marriage of Nintendo Labo's previous efforts with the world of VR, and it seems to be wooing even the most hardened critics. For Sakaguchi, the Labo VR Kit is all about bringing together tech and accessibility.

“We’re always looking for that one overlap of ‘technology meets familiar and accessible. When we thought about that little overlap, we thought the concept of Nintendo Labo and VR would be a great match.”

Even with all the praise out there, there are some who just don't understand Labo. They won't even give it a second look, and wrote the series off as soon as the trailer for the first Kit debuted. While Sakaguchi would love for more people to embrace Labo, he admits that it's something people have to go hands-on with to understand.

“We’re not focused on the passive playing experience, but more of the emotion that’s evoked when you create your own controllers and play the games. At the end of the day, you have to experience it to get it.”

As you might have guessed, the Labo team has worked on all kinds of different ideas and prototypes before they got to what is packed in with the various kits. When it comes to the Labo VR Kit, the team actually had an idea that eventually morphed into the Toy-Con Wind Pedal. The original idea from the team included a propeller on top of the player's head that would create wind when you blew into a straw. As development rolled on, the team decided a pedal would make a lot more sense.