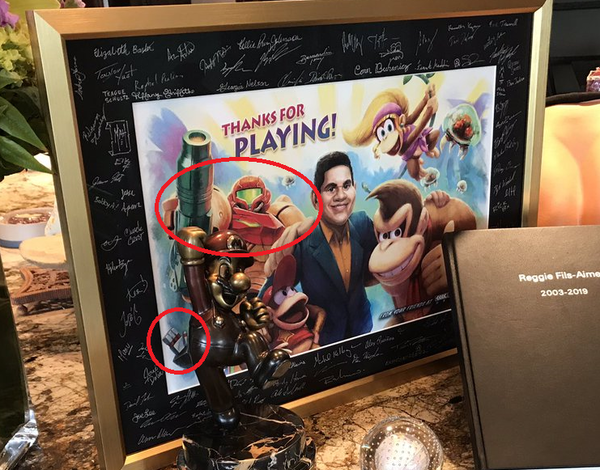 Reggie put up another tweet showcasing a number of retirement gifts he's received, including a piece of custom art from Retro Studios. It's that piece of art that has fans salivating at the thought of teases for things to come.

First up, we have the artwork for Samus. While the details are a bit iffy, it seems most fans can agree that the design of Samus is new. The head-portion seems to combine the visor from Other M, but the helmet of the Prime series. There's also a slight difference in the Arm Cannon below the elbow. Is this all just artistic license, or is there something more to it?

Moving on, there's also a mystery robot-like hand in the image. This is the one that's really confusing fans, as a specific point of origin can't seem to be nailed down. It doesn't help that the Mario statue is blocking the way either! There was some dicussion that the hand is from Metroid Prime: Federation Force, but that was quickly shot down for a number of reasons. That leaves us with no clear-cut explanation as to what it's from!

Last and least, people have noticed that the font in the image comes from Banjo-Kazooie. Some are hopeful that means something, but I wouldn't put much weight in that.

Well, Nintendo sleuths, what say you? Can you glean any information from this, or is everyone diving a bit too deep?

Thanks to KingBroly for the heads up!
Source: Link
Rating: 9

Banjo kazooie are coming back?

Fun fact: the secret project Retro's been working on is a new Custom Robo.

The Banjo-Kazooie font is a very common one. I don't really think it means anything.

Maybe the robot from Labo?

Labo robot has 4 fingers + thumb, this one has 3 fingers.

"Hey guys, we really should make something nice for Reggie for his retirement. Also, let's litter it with hints about what we're working on, because that's a great way to announce games to the public."

I don't think we should be reading into this.

I'd buy that if it was just the Samus design, but who is the robot? The people demand answers.

This feels like looking for Jesus in a cheese sandwich.

But what IS that hand and why is it in a picture alongside Metroid and DK chars?

it clearly is the main character from mechanical run which was the retro made game retooled into dkcr ... and that's why he put the mario statue there because the artist and him knows about it but there's no sense sharing that with the public.
or it could be some other kind of private joke between them.

if it's actually the new game, that's a very well done tease.

Is that REALLY the Other M visor? It looks more like the first Metroid Prime visor to me.

Compare to the Other M version 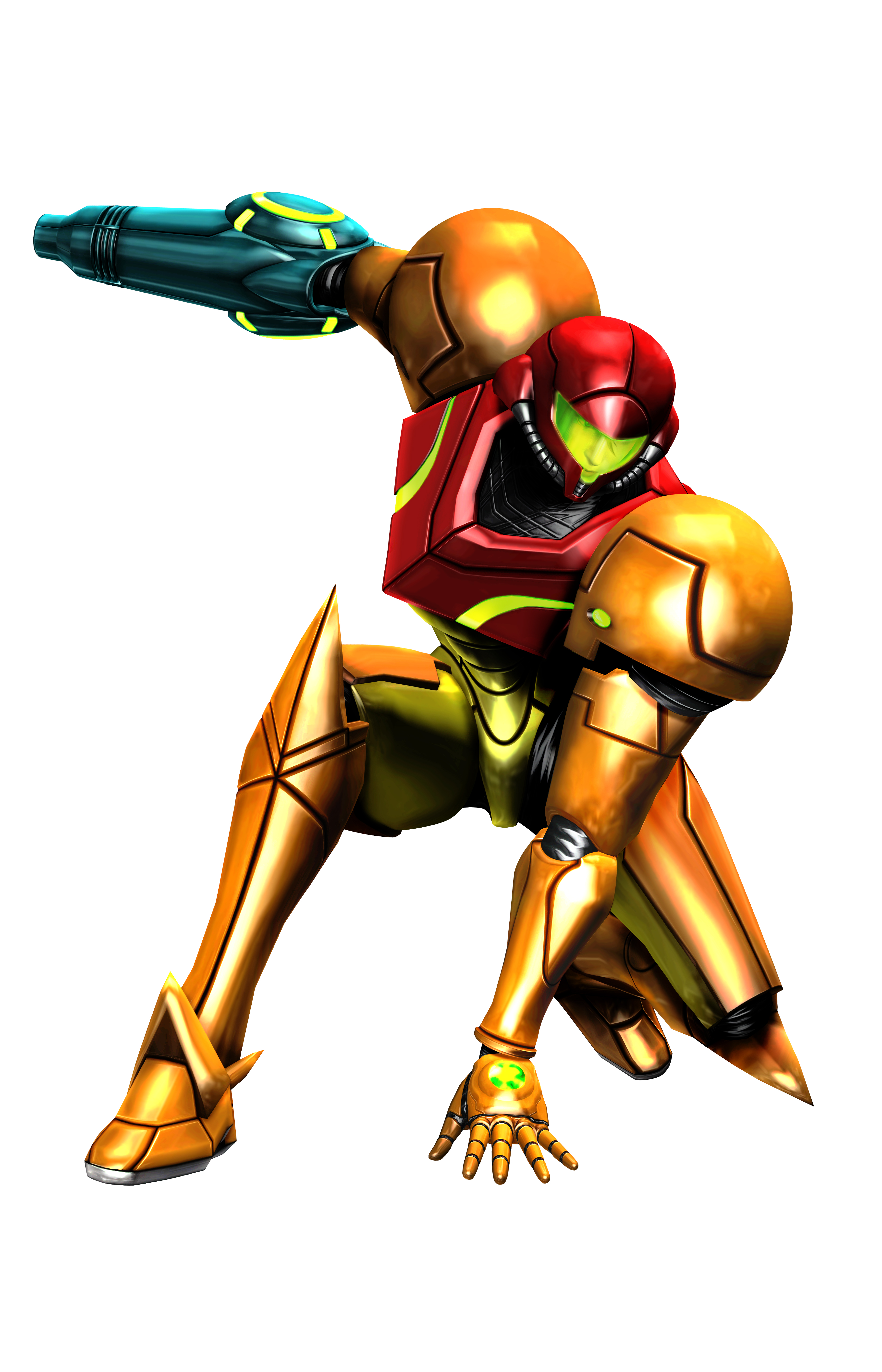