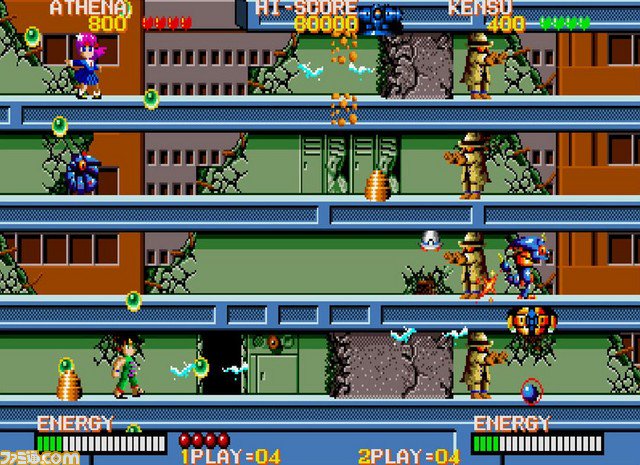 Another slew of Arcade Archives games have been announced. Next week will see the release of Psycho Soldier, which will include both the western and Japanese versions.

In the future, we can expect the following titles to enter the line-up: Karate Champ, Image Fight, Butasan, Ninja Gaiden and Ikari Warriors II: Victory Road. When these titles will come out is unknown at the moment.

Futhermore, we have saddening news for those in love with NeoGeo Arcade Archives. After over 100 titles, Hamster has decided to take a break porting this system's software. This could be restarted at some point, but no commitments have been made.

How many worthwhile NeoGeo games are actually left to port?

Drift Out ‘94. Unfortunately it has 3rd party trademarks in the game. Also Nightmare in the Dark. Both those games I really would have liked to have

Still quite a few Neo Geo games left. Sadly outside of licenced games, there is nothing left to release, so no surprise Neo Geo releases are being paused.

I see. Personally, I wish they could release the Atomiswave games. Would love to have Metal Slug 6 along with 1-5.

Viewpoint from Aicom, Bomberman and Martimelee are the only major noteworthy ones.