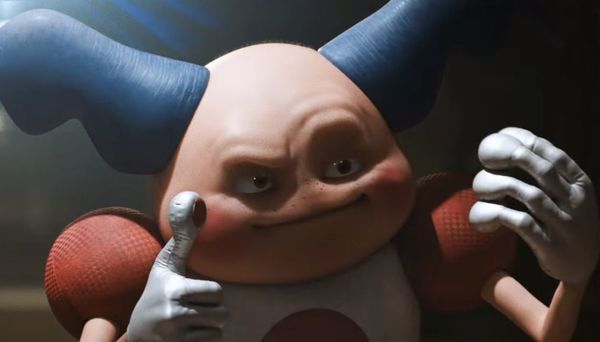 When the team behind Detective Pikachu were first working on designs for Pokemon, they needed guidance on how to turn these creatures into something more realistic for film. That was a real challenge with Mr. Mime, which is why the film's team asked for more input from Pokemon Co.. Erik Nordby, the visual effects supervisor, and Ravi Bansal, the art director, shared their experience of bringing Mr. Mime to life in a TIME interview.

Bansal: When Rob [Letterman, the film’s director] suggested using Mr. Mime, we asked the Pokémon Company, “What is he?” They went: We don’t know.” They were actually trying to dissuade us from using him, because they weren’t sure what he was or whether he’d work well on screen. That was a bit of a strange one.

Nordby: When you look at the character, it instantly feels creepy. We had to figure out what aspects we could push and pull. We settled on the idea that every surface needed to feel like a toy. His joints are those dodge balls we used to play with when we were kids. His gloves are the inflatable gloves you’d get at a fair. We had to find all of these evocative textures that just felt childlike.

His shape is so so simple: It’s a series of balls and very simple shapes. So you constantly look for little tiny things that have a high level of detail that can counterbalance that very simplistic overall silhouette. The adding of very subtle freckles is something we found was very successful—it also helped with it looking a bit more cute.

Get more insight into the team's work on tweaking other Pokemon for Detective Pikachu here.
Source: Link
Rating: 3

He’s sleeping with Ash’s Mom - if the Pokemon anime has taught me anything it’s that!

The more troubling point is that Mr. Mime has a ratio of 50% male and 50% Female but is always referred to as Mr. #JusticeForMsMime

Have we ever seen Mr. Mime getting out from a Pokéball? I really think he's a dude pretending to be a Pokémon. So he do things like, you know, Ash's mom situation.

"Mr. Mime is a series of balls." Deepest lore.

i think Mr.Mime is a take on a mime.