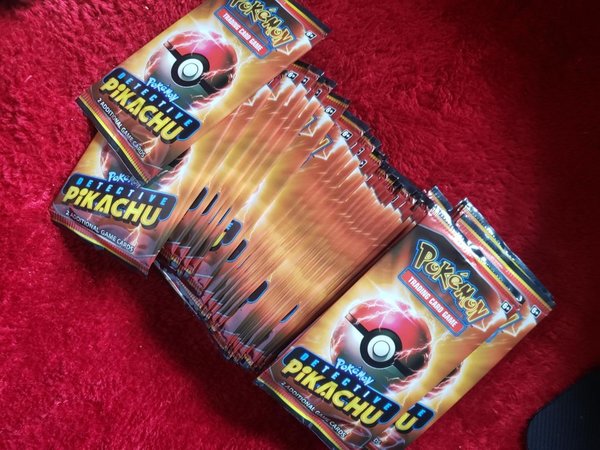 Pokemon Co. released Detective Pikachu TCG promo packs in conjunction with the movie's launch. You could get them at your local theater on opening night, and in most instances, the honor system was used. Unfortunately, multiple reports have come in concerning people who took way more than one pack per person.

It's unclear if more packs are on the way, but one would think that won't be the case with these being a special movie launch item. Hopefully you'll be able to find a theater that still has some in stock. Just remember, make sure you only grab one pack per movie ticket purchased.

Thanks to Jason for the heads up!
Submitted by: jason thompson
Source: Link, Link
Rating: 0