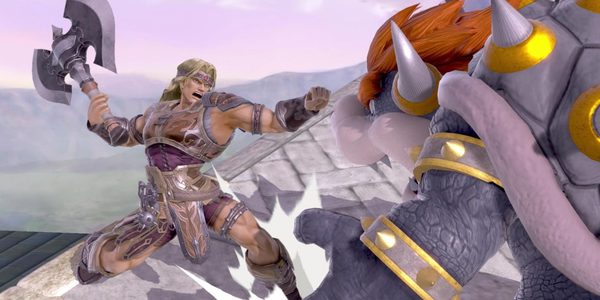 Smash Bros. Ultimate has gotten its update to Version 3.1.0. Check out the full patch notes below.

You can use the Toy-Con VR Goggles to enjoy Smash in VR mode via the Games & More menu.
VR mode is a single-player experience only.

FPs can be used in Battle Arenas.
An option to send amiibo out on journeys has been added, through which FPs go on a journey to train via the internet. You can find it via Games & More → amiibo → Send on a Journey.
Some of the preferred rules for Quickplay battles have been adjusted.

Game balance adjustments have been made.
Several issues have been fixed to improve gameplay experience.
Details of fixes and changes to fighters can be found here.

Sad K.Rool got 1 slight buff and thats it. Looks like the bottom teir getting demolished by every other character online will continue.. *sigh*

Also how the hell does Ness recieve a buff EVERY patch. Hes already top teir how good do you want this character to be Sakurai? Also Joker really didnt need a buff. Most competitive players are saying he's the new "Shiek" of Ultimate. I HATE fighting Jokers online and now this is gonna be even worse..

K Rool will continue to do fine and Joker got the most minuscule of buffs.

K.Rool isnt doing fine though. His super armor is extremely fragile, his speed is horrendous, his grab range is awful, the end lag after most of his attacks are awful/super punishable, as a heavy none of his attacks hit as hard as they should. Ganon, DK, Dedede, and Bowser all hit way harder than him on most attacks to get easier kill confirms.

Not to mention the ability to lose crown is a stupid design choice and is annoying. Blunderbuss is very limiting due to the fact you have to shoot a canonball first. On paper K.Rool sounds amazing but once you play him you realize the character is extremely mediocre.

Characters like Lucina, Snake, Ness, Pikachu, Pichu, Ganondorf, Bowser, Palutena, and Joker make it damn near impossible for K.Rool to do anything. He's extreme combo food to him. Those match-ups are horrible for a K.Rool main.

Their is a reason no one who plays competitively uses K.Rool and thinks he's a complete joke because the character has too many design flaws that could easily be fixed. Most competitive players feel K.Rool is bottom teir cause he is.

My man Pichu just got destroyed with these nerfs. Good thing he has a bigger shield now.

I just got my first Amiibo. It's, and this might come as a shock to al of you, Bayonetta. It's mostly for decoration, but I'll train her good =)

The VR thig is, I guess, just some stages in 3D, so not as interesting as Zelda, but why not? Seems like really need to get my tentacles I call hands on a VR Labo kit soon.

Am I the only person who's gushing over the FP being usable online!? Holy crap :D I gotta check what it means in detail though.