Playtonic says they'll never say 'spiritual successor' again, talks about the Switch as being perfect for the 'time poor person'

Yooka-Laylee return to prove themselves
14 June, 2019 by rawmeatcowboy | Comments: 0 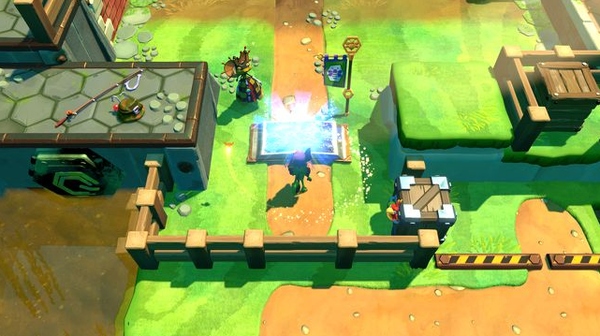 Playtonic studio head Gavin Price want's Yooka-Laylee and the Impossible Lair to stand on its own, instead of being likened to another franchise. In other words, they don't want to go through the same thing that happened with the original Yooka-Laylee, which they dubbed as a spiritual success to titles like Banjo-Kazooie and Donkey Kong 64. In an interview with GamesIndustry, Price goes into detail on why they want to steer away from that.

"We are never saying spiritual successor again. It worked fantastically as a marketing beat for the first game, although it had some negative things with it, as well. But we need to stand on our own two feet more. We are going to make lots of games in lots of different genres for hopefully many years to come. You'll always be able to point back to something in the past and go 'oh, it's a bit like that then'. That's always going to happen. We need to focus on what makes our games relevant and unique."

Just as with Yooka-Laylee, Yooka-Laylee and the Impossible Lair was announced as heading to Switch. Playtonic is quite keen on the Switch in general, with Price explaining why below.

"Nintendo has created a device that is just perfect for a time poor person. They've created more opportunity for people to play video games. That's one reason why I think Switch games are selling in such high numbers, because people have more play time and are churning through more content."