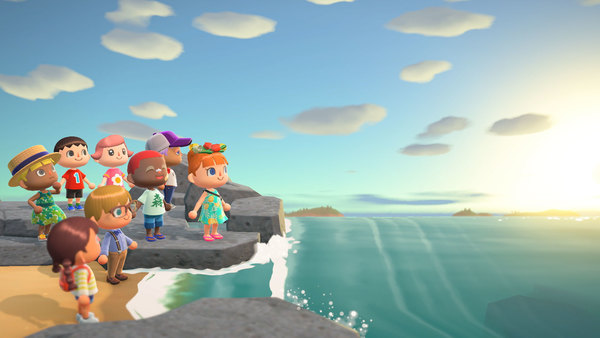 Cloud saves not being supported

Higashi: New Horizons will not be compatible with cloud backups to avoid manipulating time, which remains one of the founding concepts of the series.

Aya: Given the number of cards and figures available, we obviously think New Horizons will be compatible with amiibo, but I can not tell you more about this compatibility at this stage of development.

Thanks to FangztheWolf for the heads up!
Submitted by: fangzthewolf
Source: Link, Link
Rating: -4

Only games that don't have cloud saves are Splatoon 2, Pokémon (but saves your Pokémon in the Home app) and Animal Crossing.

All right, amiibo. I hope they do some reprints of the cards.

It's weird that they wont (or cant?) allow cloud saves for AC:NH. Even Pocket Camp has cloud saves that allows you to access your data between most compatible Android and iOS devices.

Maybe it's different because PC requires a constant online connection and cant have time manipulated? But AC isnt a competitive game, so who cares if folks manipulate?

You can't manipulate the clock in PC. Presumably with this news, it means you can.

Pocket Camp relies on your phone's clock and the server's clock. Its unable to truly be manipulated since it's an always online game. The Switch let's you manipulate the time on your clock. Furthermore, it can be played offline. Lastly, if you were to theoretically use a cloud save of an animal crossing town, the town would jump from when you last saved, if you were to buy another Switch this could take weeks at the very least. All your hard earned work would go out the window.

I kinda wish you could save to the cartridge at least, in these cases...

So, even half the first-party games don't support cloud saves.

So far it's only been 3 games.

Splatoon and this are some of the worst possible games to not have saves for, people put hundreds of hours into both.

Well at least Im happy the Animal Crossing team is trying to support all the people who bought amiibo unlike the Mario Maker 2 team..

So NSO has cloud saves.... just not for half the games you’d want it for. What a joke.

Only games that don't have cloud saves are Splatoon 2, Pokémon (but saves your Pokémon in the Home app) and Animal Crossing.

Thanks for the math lesson.

And that confuses me a lot...

And actually on the Dutch eShop it says that it supports Cloud saves. I just checked.

I mean....I can get why they would not want Splatoon 2 to support cloud saves but this?

Ouch. This is a game that would cause real adult crying when hundreds (thousands?) of hours of progress gets whisked away without so much as an external save option. Nintendo should really come up with something if they're not going to allow cloud saves.

So just because a few people would manipulate time, everyone is punished, nintendo needs to let clouds saves for animal crossing, it's not a competitive game. With splatoon I could understand because it's already full of cheaters.
We pay for cloud saves but If they won't support it, they need to let us back up our saves ourselves.

Welp, right when I thought of finally trying out an AC game. Maybe next time.

They should let you backup and restore your save but if you restore, Mr Resetti gives you a lecture 😜

It was to be expected with a game that is supposed to follow the real world time. I feel like I'm the only one that doesn't see this as a big deal. How many people honestly lose their system or game?

I have, so I know how it feels. It sucks, especially when it’s a game like Animal Crossing that so many hours are sunk in to.

How many people honestly lose their system or game?

The whole point of animal crossing is simulating real life, don't get me wrong but i understand the disappointing news, but I also understand that it's to prohibit cheating/manipulating the game. It's not a huge deal to me but i can see others up in arms about it even on YouTube.

I didn't expect this game to support cloud saves (I remember posting that when it was first said that Splatoon 2 won't support it either).

It's kind of a bummer. I'm one of those who is still playing ACNL 6 years later and I don't time travel, I just play the game how it was intended. I do back up my saves on the 3DS version using homebrew, it would be nice to have the option on Switch, too.

It's not just time skips... In fact I think time skipping will be allowed, though you'll have to deal with the weeds. No, what they are actually preventing is item duplication and probably villager shenanigans as well.

If villagers move towns to a friend's place but then you revert a save... Weird things might happen... Plus other data swapped between friends would be out of sync and potentially weird.

AC as a series has never supported save backups... This isn't really huge news to me... It's cheat prevention in an online social game... I think we can all agree there really isn't an uproar over cheat prevention in other games.... I get that it's not a competitive series, but there are other technical reasons they might want to prevent save backups as well. Plus, dupes can devalue in game economies and make people feel like their efforts are devalued when others just cheat to get what they want.

I get it, people want to keep their save files safe... But how many times have any of you had a save file go bad really? Outside of physically breaking your system, it's pretty darn rare...

Who freaking cares if people cheat in Animal Crossing? It’s a non-competitive game. It’s like if you cheated at Solitaire. People losing hundreds of hours of process on their town because their Switch crapped out on them is far worse than people compromising their own sense of pride and accomplishment because they did some save data manipulation.

Like many things with Nintendo and online these days, I wonder if this is due to stupid design decisions or technical incompetence. It can be really hard to tell sometimes.