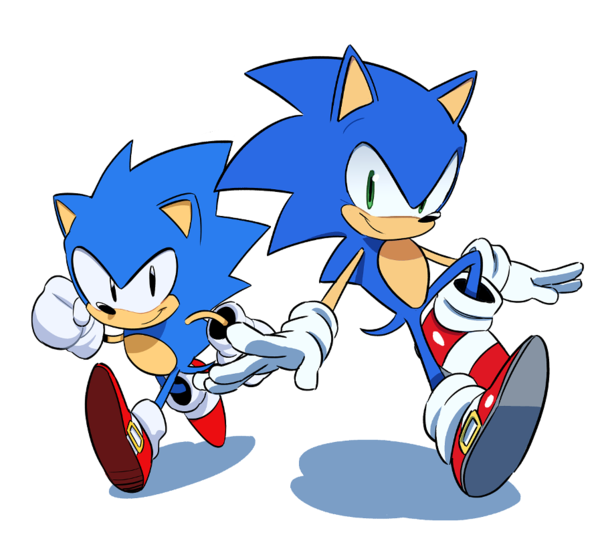 Sonic is coming up on a major anniversary. When we make it to 2021, Sonic as a brand will be 30 years old! Do SEGA have any plans for a special celebration? 4Gamer interviewed Sonic Team boss Takashi Iizuka to find out.

I think planning for that 30th anniversary will have to begin now. I’d really like for us to take on some sort of new challenge for it though.

4Gamer takes that information and pivots into a question about eSports. Is there any way Sonic and the world of eSports could mix?

I think there’s always the possibility… but Sonic will always be mainly an action-platformer, so going into that eSports arena might not be that feasible. But then I’m always willing to take on new genre challenges, like we did with the recent Team Sonic Racing. I think there’s always the chance that something suited to eSports might come out of those different projects.

Honestly, Team Sonic Racing has the potential to be something in eSports...if it had a LOT more polish and a lot more content. And that glitch has to be fixed where one racer lightly grazes another and they go careening into the air, then land backwards. There's no reason a racing game can't be used in eSports events, really, as long as everything behaves consistently. I mean, international-level pinball competitions have been going on for over 20 years now, which has more luck involved than your average kart racer.

A Sonic MOBA would be hilarious though. I'd play it.

Oh Sonic... Such a cool video game icon and yet so tragically mismanaged throughout most of his existence. Well, I hope the 30th anniversary brings something good.

Give us Sonic Generations 2 or Sonic Mania 2 for the 30th anniversary and I'm good.

Or, give us HD collections of the Advance trilogy. That will do too.

I wish we could get a full-on fighter.

No longer the happy accident they were in the 1990’s, can’t really get excited for another new Sonic release, especially if they haven’t begun yet. Why can’t they put time into their games?

They'll release a bunch of garbage until they hire the Sonic Mania guys again.

Sonic has been a rocky series after the dark ages of Sonic, can't see this going well for sega down the line.

Someone kill this terrible hedgehog. This tech demo mascot that’s style and no substance. A one trick pony that doesn’t know any tricks.