Nintendo's Tezuka and Aonuma look back on Zelda: Link's Awakening development, nostalgia, and influence on the series 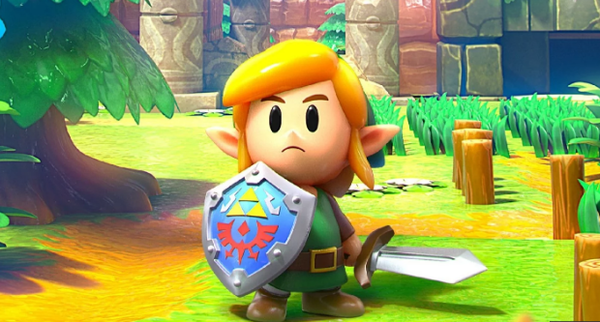 Game Informer had the chance to talk to Zelda series producer Eiji Aonuma and Link's Awakening director Takashi Tezuka about the upcoming Legend of Zelda: Link's Awakening remake. The conversation started off with Tezuka, who worked on multiple Zelda titles over the years, sharing his fondness for the original Link's Awakening.

"I felt there was actually real meaning in the fact that we were able to make the game on the Game Boy. It was really fun to take on the challenge of trying to make a game for the Game Boy since its technical classifications were much lower than that of the Super Nintendo. Taking on that challenge was particularly exciting."

The Game Boy obviously had a ton of limitations compared to platforms today, which now let developers really run wild with ideas. Tezuka talked about how development has changed from the Game Boy days to now.

"Development is difficult in a different way now. Now the challenge is creating constraints for yourself."

Tezuka mentioned that Link's Awakening is his favorite title that he worked on in the Zelda series, but that doesn't mean he dislikes his time with A Link to the Past.

The conversation then moved over to Aonuma, who wasn't working on Zelda games back when Link's Awakening came out.

"Link's Awakening is a game where I was not involved in the development, I was just playing it as one player. It left a very strong impression. The original Game Boy version was released 26 years ago, so it's a little bit hard to get your hands on it these days. I've always wanted to reimagine this title."

Just like Tezuka, Aonuma has a special place in his heart for Link's Awakening.

"When I was playing Link's Awakening, I was very influenced by what the game offered. It definitely transferred to the other Zelda games I developed. I was recently playing through it and everything felt very nostalgic. I was like, 'Oh right, this is something I took and maybe incorporated into Ocarina of Time!' There were a lot of things like that where I was inspired."

I agree with Takashi Tezuka and Eiji Anouma. The game really does feel special and no other Zelda game feels like this one to me.

A shame that this remake is having a horrible 60$ meme going on because it's totally worth getting.

Are people whining about the price again?

In every single discussion I see on line, unfortunately.

Sheesh. It's a full on remake from the ground up, not a port. OK, OK. Shadow of the Colossus remake on PS4 got a nice price. Yay for that, but doesn't mean it happens ALL the time.

You're surprised? These are the people that complain about "Switch Tax" on every single multiplatform game that happens to launch at a higher price on Switch than other platforms regardless of what the game contains. The "Switch Tax" started with LA Noire nevermind Rockstar had Switch-specific features built into the enhanced port for Switch to offset the weaker graphics (Switch couldn't handle the enhanced graphics).

I can understand being upset at a higher price for a port/remake that doesn't offer much new things, but Link's Awakening on Switch is a full on remake of DX with the Camera Shop being replaced by Dampe's dungeon creator that will offer extra replay value the original Link's Awakening/DX didn't have.

I'm not really surprised, rather getting bored of this trend. Oh well, I have games to play and stuff =)

I know right? I mean this is Nintendo we're talking about here. Sure, Tropical Freeze is more of a port that didn't add much but this one does seem to add a lot.

I do hope that they bring back the color dungeon from DX. And I wish that they can give us the option of being able to play the original game within the remake like how Zero Mission does.