Level-5 takes it to the top at Anime Expo 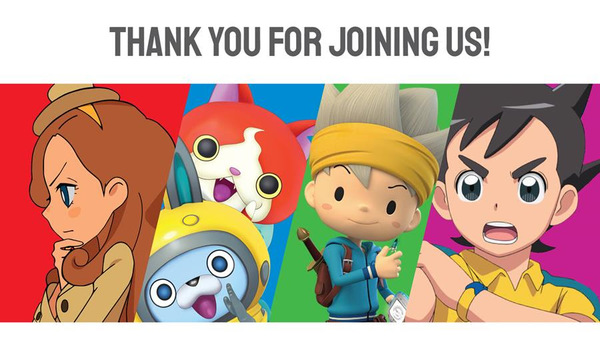 LEVEL-5’s debut at Anime Expo 2019 was nothing less than charming. From a fun, engaging hosted panel to the entertaining activities and screening on Family Day, LEVEL-5’s presence was felt across the entire show floor.

The LEVEL-5 panel hosted voice actors and the director of Inazuma Eleven Ares, currently airing on Disney XD. While fans were eager to have their burning questions answered such as “How did you come up with the names for dubs?”, “What’s the best way to start getting into Inazuma Eleven Ares?”, they were also given a sneak peek into the wealth of projects currently in progress.

To make the event a complete family affair, LEVEL-5 provided activities and character standees for photo opportunities in the Kid’s Zone area and provided over 5 hours of viewing content, highlighting the YO-KAI WATCH franchise, SNACK WORLD animated series and more!

The event allowed for fans to express their appreciation for LEVEL-5 properties, one even sharing, “I’ve been a huge fan for many years. Thank you for all the joy your games and shows have brought me & I’m excited to see what’s in store in the future!”

LEVEL-5 has eluded Anime Expo in the past, but their presence this year was well worth the wait.