The most anticipated title of the year
16 August, 2019 by rawmeatcowboy | Comments: 6 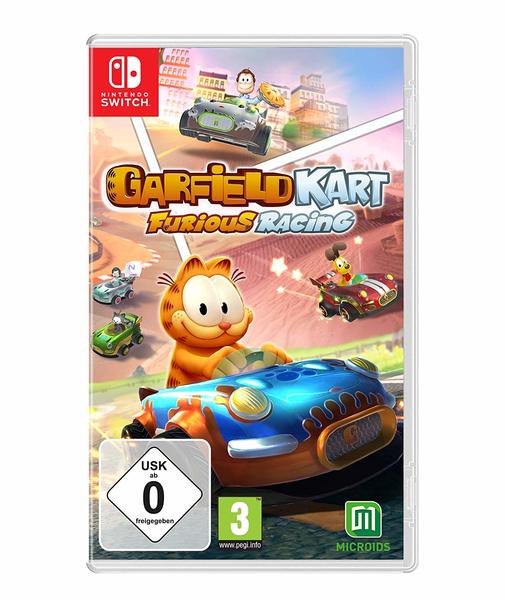 Garfield, the famous lasagna-loving Cat is back to take on Jon, Odie, and company in a no-holds-barred racing game! Choose your character and kart according to their characteristics and your driving style, get off the starting line first, and control skids to outrun your opponents. Use crazy bonus objects, like the pillow or the magic wand, to gain an edge and get over the finishing line first. Are you lazy like Garfield? Take shortcuts to overtake the other racers with the spring! Race your friends in local or online modes, with up to eight players on 16 iconic circuits from the world of Garfield.

Such a cute Garfield. Wait...! Is he smiling? Garfield never smiles. He’s an angry sleepy cat. Maybe he smiles because he’s driving a go-kart? That must be it

Don't worry he'll be angry/frowning on the American box

Let’s hope! But it suits him better than Kirby. Kirby should be happy

When you can't even get the well-established character to look right on the box, you know you're in trouble.

And with all the other kart racers out there..It's like this one has no chance...At all.

The boxart is probably as good as it gets for this, going by previous Garfield games.