Mario & Sonic at the Tokyo 2020 Olympic Games' producer talks about working with the Joy-Con, and the game's current progress 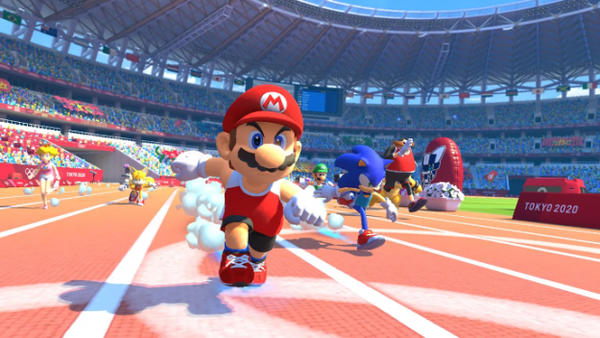 The gang at Dengeki had the chance to interview Mario & Sonic at the Tokyo 2020 Olympic Games producer Nobuya Ohashi recently. In the snippet below, translated by NintendoEverything, Mr. Ohashi discusses what its been like making a new Mario & Sonic game with the Joy-Con as the input method.

The Wii title also had that ability to play in a unique way, but I think the control horizons have broadened far more for with the Switch. For example, in the 100 meter race we’ve been able to create a feeling of motion like nothing we have managed before. On the starting line you put your hands to the ground like the athletes really do, and for the hurdles, rather than just waving a Wiimote, you put your hands out in front as you press the button, as if you are clearing the hurdle yourself. By allowing the player take the same poses as the character on the screen, they get the feeling of really being in their shoes, which then creates that sense of competing in real life.

Mr. Ohashi also took a moment to discuss how far along the game is in development.

It’s going well and we are now into the final checking stage. At this point we’re looking at how we can make the game easier to play and also give it more depth.

I might actually get this game when it comes out.