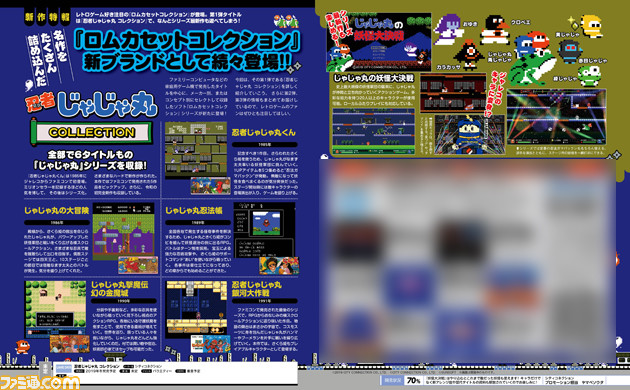 Turns out the recently-revealed Ninja JaJaMaru Collection from City Connection is part of a series of Rom Cassette Collection titles. Two more compilations are on the way, and they include Jaleco and Sun Corporation titles. While these haven't been confirmed for Switch yet, the Ninja JaJaMaru Collection is coming over, so it's likely these will as well. Check out what titles are included in these new collections below.