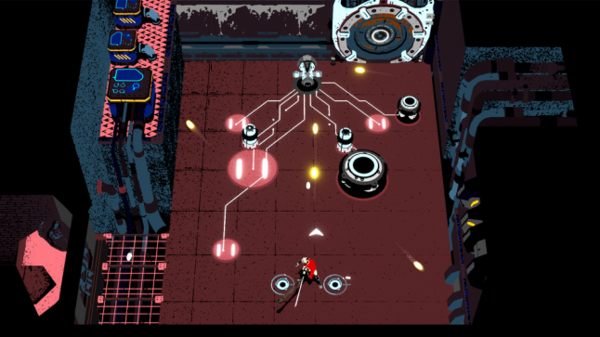 Creature in the Well isn't exactly the easiest game to describe. It mixes all sorts of elements together, including dungeons, puzzles, exploration, and pinball. What on earth do you do to explain something so unique to your potential audience? In an interview with Gamasutra, lead developer Adam Volker said listening to early player feedback is key.

"The first time we played it at GDC somebody called it a pinball hack and slash and then the next PAX East show we brought it to somebody who [called it a] 'pinbrawler.' [Finding the language is about] players being able to tell you, 'You know, this is how I would describe it to a friend.' So it’s kind of just about listening, I think."