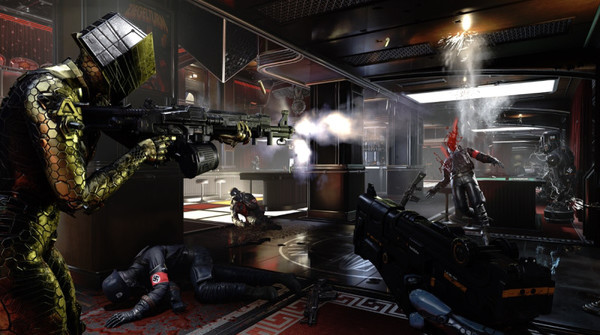 Wolfenstein: Youngblood is a considerable departure for the franchise. It's a shooter built from the ground-up to be a co-op experience. Why did the dev team decide to take this path? GamesBeat talked to developers Andreas Öjerfors and Aydin Afzoud to find out.

Andreas Öjerfors: We started with Wolfenstein: New Order, the big one, and then we did New Colossus, which was the side project. It used a lot of the systems and gameplay of New Order, but it had new actors, new weapons, and new levels. The idea was that next we’d do the same thing as New Colossus. But the idea of co-op and having this more open and unstructured world came into the picture. It became a much bigger project than we’d first thought. It took us a year and a half to build. The only reason we were able to build that big a project in just a year and a half was because of our partnership with Arkane.

Aydin Afzoud: We’d always wanted to explore co-op and make a co-op game. It’s also something that our fans had asked for. They wanted multiplayer, the ability to play with their friends. That’s always been our desire. Like he said, this smaller project, compared to the big game–that made it pretty natural to do the co-op these time.