Overwatch devs discuss why the game is coming to Switch, explain the lack of cross-progression 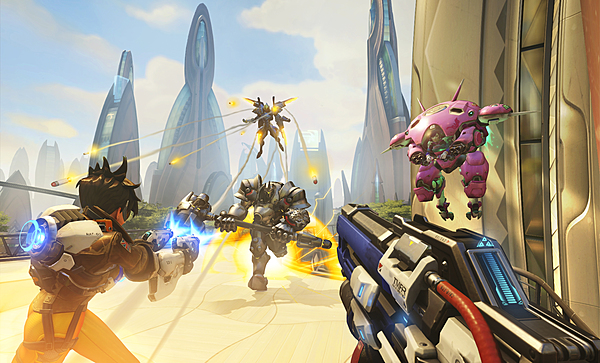 After years of speculation, Overwatch was finally confirmed for Switch this week. Its something fans have wanted for years now, and apparently, the dev team wanted it as well! In an interview with Eurogamer, principal game producer Wes Yanagi and lead game producer Matthew Hawley explain why they're finally bringing the game over.

Hawley: I'm super excited we're on the Nintendo Switch platform, it brings a whole new way to play Overwatch. The gyroscopic aiming alone and being able to play on the couch internally has been a lot of fun, and I'm really excited for other people to get that opportunity as well.

Yanagi: I think for us it was a real eye-opening experience when we had our first play test in the play test lab, and people were actually facing each other and having a good time and making eye contact after you got revenge on a kill from somebody else!

One sour point for fans so far has been the lack of cross-play and cross-progression. Hawley talked a bit more about why that is.

Hawley: Cross play and cross progression are something we've learned a lot about in the last couple of years, particularly looking at our other game Hearthstone, which has multiplatform support. We don't have anything specific to talk about today, other than say there are business and technical challenges to getting all that to work correctly. Our focus really has been just trying to get Overwatch on the Nintendo Switch so we can have all new ways to play and welcome the Nintendo community into the Overwatch community.

Yeah, I mean this is something we've talked about, the industry's been evolving on this in the last couple of years and we've been actively monitoring and paying attention to what's been going on, we're just not in a place yet from a technical or a business side that we can make any sort of commitment on that front.

The game runs at 30fps on Switch and 60 on all the others, so cross-play is perhaps out of the question.

I didn’t check it, but I think you can play Rocket League on Switch on Quality settings (that’s 30 FPS) and still play in cross play online matches.

Hmm. Perhaps. Not that much of an online gamer. But they can add it later in Overwatch anyway, I guess. They didn't say it'll never happen at least.

I hope so!
The game is going to cost $40, while it was even gave “free” on Humble Bundle Monthly and saw a lot of deals on other platforms.
I guess we will see a promotion or even price drop and two months or so, otherwise it may struggle to bring enough people online.

I think Switch only owners will go for this, but with free games like Fortnite already on there I havr my doubts. We'll just have to wait it out I guess. Cool that it's coming to Switch though. The more games, the better.

Why's it coming to Switch? Eh, because the game is 3 years plus old, sales have dried up on other platforms and they want to charge us $40, whereas it costs half that on other platforms now, it was also as cheap as $12 as part of a Humble Bundle including a bunch of other games. The physical release of this is a joke. No cartridge, just an empty box apart from a download code. Then add in lower framerate, worse performance and lacking features. I can't wait to not buy this.