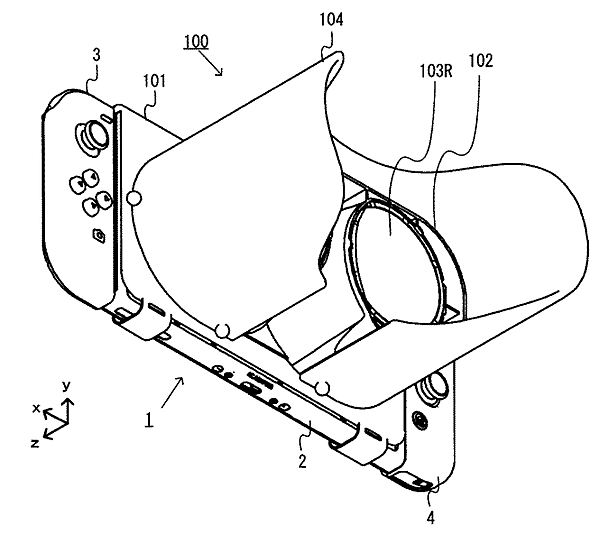 While few and far between, there are some third party games that utilize VR on Switch. Spice and Wolf VR is a recent example. Would you like a solution to enjoy VR on Switch without having to go with the Nintendo Labo cardboard option? It seems Nintendo is considering something to take care of that.

While not confirmed for release, Nintendo has indeed filed a patent for a VR headset for Switch. This looks like it'll do exactly the same things as the Nintendo Labo VR headset, but this one is made out of plastic instead of cardboard. It'll certainly be a bit more sturdy, and might make for a better experience overall.

Whether Nintendo actually releases this device remains to be seen. The patent itself popping up would make you think Nintendo might have some other VR ideas in the works!

Will be fun to see how they implement some actual VR on their bext console (or the upgraded Switch).

This would be really neat. I hope they continue adding VR support to different games.

If this does happen, what's the bet that it doesn't include a head strap?

i hope this VR acessory for Switch if Nintendo release is better then Virtual Boy.

It probably will be... by default.

Where is the strap? I don't want to hold my arms up.

I'm surprised this isn't for the Switch Lite considering the inability to combine the Lite with LABO. I'm sure if/when this does come out there will be a Lite edition...