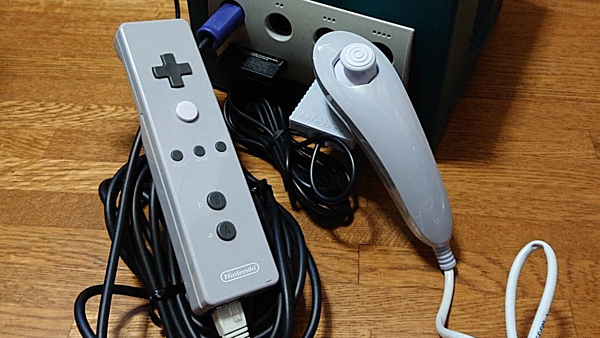 The prototype Wiimote and Nunchuk seen above are old news. We've featured them many times, and even talked about one selling at auction. Today's news is about what's inside the Nunchuk, as it differs from the version Nintendo actually released.

@hard4games I know someone who got a prototype nunchuk who opened it up. He sent me these photos. Notice that round disc? I believe this is a rumble motor, the same used in GBA games pic.twitter.com/XFGh7NBN3T

As you can see, it appears the prototype Nunchuk actually had a rumble motor in it. Why Nintendo yanked this for the final design is unknown. Hopefully someone brings this up with Nintendo in a future interview!

Too bad it got cut. They could have had an early version of HD Rumble where it would only rumble in one controller or the other depending on what was happening.

I've a friend who believes whenever this kind of info comes out (hardware or software related) that it was a purposeful curtailment by the company. It goes something like, "concept X is too good/cool for the current product and will prove to be a selling point in a later successor"