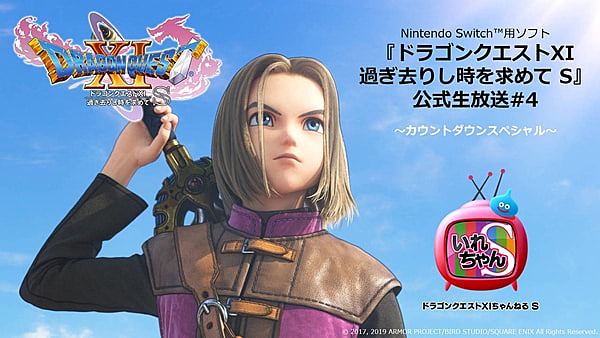 The broadcast will be split into two parts, with the first featuring Dragon Quest series creator Yuji Horii and Super Smash Bros. Ultimate director Masahiro Sakurai, and the second featuring the Japanese voice actors for the game.