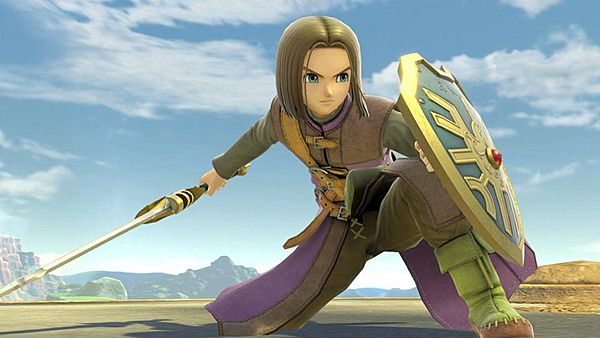 Dragon Quest's Hero has been a huge topic of conversation for those in the Smash Bros. Ultimate tournament scene. There's been discussion all over about banning the character from tournaments, and now Nintendo themselves have made a decision that is sure to send ripples through the community.

Nintendo France has decided to ban Dragon Quest's Hero from their upcoming Smash Bros. Ultimate tournament, alongside any DLC fighters that are yet to release. In other words, all DLC characters that are available can be used, leaving only Hero out of the fun.

Thanks to Andreslop24 for the heads up!
Source: Link
Rating: -10

This is stupid beyond stupid.

Good. Its a shame when even Nintendo themselves knows that Hero is BS with his RNG shenanigans.

Except that's not at all what the issue is but thanks for showing your predisposition.

This is stupid beyond stupid.

It's for language barriers, btw. Since this is a French Tournament, they'd have to switch the language for every match, and in some cases, that may not be enough if you have a match between (for example) a French player and a German player.

But why? Because of Hero's menus?

Precisely. It wouldn't be fair if only one person could understand their menus while the other couldn't.

Yes. There's no indicators other than text.

Thanks for explaining this. The whole thing makes a lot more sense now.

Dang, I love Smash, but the scene complains about everything.

If RNG was the problem, then Game and Watch and Peach would be banned. It's the same reason why Blaine's Quiz was banned from the Pokemon TCG recently. It's language reliant and can cause an unfair advantage of the players don't all know the same languages

Believe it or not, language is a real barrier.

The other day I was playing against a friend's friend who uses Hero in his Spanish-language game. When we played an English-language game, he was totally lost as he didn't have any idea what the spells were.

Even in mainline Dragon Quest games, this is a problem. I remember that happening to me in DQIX.