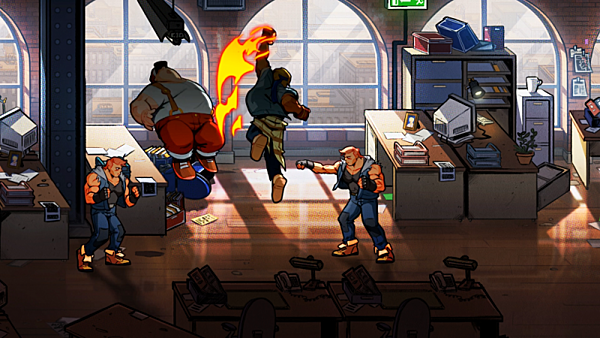 Streets of Rage hasn't seen a new installment since the SEGA Genesis days. Fans have been waiting a long, loooooooooong time to git the streets again and beat up some thugs. The series is finally making its return with Streets of Rage 4, and so far it's looking great. In an interview with Prankster101, lead dev Cyrille Lagarigue discusses the hard part of bringing back a franchise that's been dormant for so long.

Okay, so that was the main challenge of the project. It’s finding the line. From every part of the game, like the art style and the gameplay, finding the line of “do we copy what existed before because the game was so revered?” What do we modernize? What do we change? And so we decided for the art style to not do pixel art, because we wanted to be more fresh and not be too retro, and to also use technology. We have an IGG Screen to allow lots of detail, and I think we nailed having a game that is very detailed but is also very readable. And for the gameplay part, we decided to stay really true, to start from the gameplay of the previous games and reproduce it in our engine. Start from what was in other games and then, instead of trying to modernize the game by changing the design, we tried to modernize it by making it smooth. What I mean by smooth is by roughing out the angles. For example, in previous Streets of Rage games, and it was the same with Final Fight, when you did a special move, it felt like you lost. Because you lose life when you do the special move. And even if it’s the right time to use it, you don’t feel well because you lost life. So what we did was we implemented the life regain mechanic so that when you do a special move you lose life but the part of the life you’ve lost, you have the chance to regain it. If you hit enemies, this part of the life is going to come back. But if you get hit, all your life bank is going to be lost. So it’s a risk and reward mechanic. So you can use your special move and not lose life. If you are good enough to get your life back, you can use your special, and use a lot of specials, and have a lot of life in the bank… It’s a big risk.

When the game does finally see release, can we expect there to be some DLC support? While Lagarigue doesn't specifically say what is coming, it does seem that we should expect some major content.

We’re going to support the game after release. Because it’s so big, and we have a lot of ideas, and we’re not going to be able to put everything out at the time of release…