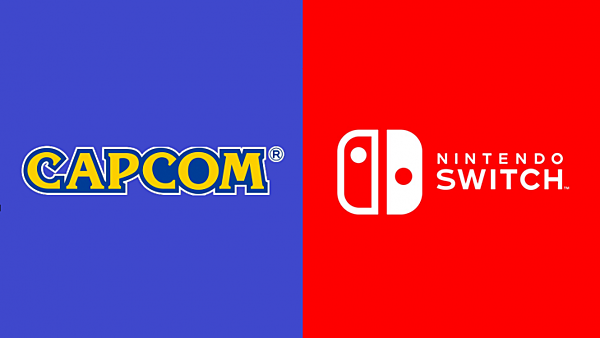 Looks like Capcom might want to focus a bit more on the Switch in their next fiscal year. In a report for Capcom's Fiscal Year 2019, the company shipped 10 million units of packaged software. PS4 took the bulk of that figure, coming in at 6.5 million. In a surprise, Switch took second place at 1.95 million units shipped. Xbox One came in third with 1.2 million units.

Considering just how close the PS4/XB1 releases are for Capcom makes it pretty shocking to see just how different the numbers shipped are. When you consider how Capcom's output on Switch has mostly been re-releases of old titles, and that shipped figure still managed to beat Xbox One, it's hard to not be impressed.

These figures don't include digital numbers for any platform, so every console will see higher software sales in general. If only we knew the split between Switch and XB1 with those figures!

It seems that at this rate Xbox will be fully known as a service first and a console second next year.
At least in the UK I've noticed Xbox One sections in GAME stores rapidly deplet in size, with the exception of mega games like FIFA, COD, Fortnite and Red Dead 2.
They hardly sell games at retail any more with Xbox game pass taking over.
I can see Microsoft continuing to get major support from companies that push micro transactions like Take Two, Activision Blizzard and EA rather than Capcom who get by through traditional game releases like Resident Evil 2 Remake and Devil May Cry 5. With Game Pass you get your games for next to nothing so you feel more inclined to start spending on micro transactions and stay with Xbox because of the subscription service.

Do you think Game Pass is just mobile games? There are a ton of major releases on there, including one you just mentioned, Devil May Cry 5.

Not sure where you got that line of thinking from their post.

Wish they would develop a new MH for Switch or bring both MH:World to switch. But Capcom is Capcom so I guess I'll have to keep on playing more old capcom games. At this rate they'll probably re release MH3 and 4 and then develop a new game for all platforms but switch.

With the way they've been marking up Switch games for no reason, I'm surprised they've sold as well as they have. This probably won't motivate them to price Switch games more fairly.

Most Capcom games don't even get "packaged" releases on Switch, at least not in Europe, and North America gets like only half of what Japan gets. So it's no wonder it's not a higher number.

I wonder If Megaman 11 managed to reach a million copies yet?

You've got the sales on your old ass ports/compilations Capcom now its time to make some NEW/exclusive games for Switch. Remember like you did for GCN, Wii, DS, and 3DS?

Important to distinguish the difference between "shipped" and "sold". I would think that Xbox One software sales are down overall, since they haven't had many big exclusives like PS4 did the last few years/what Nintendo has been able to accomplish with Switch. So retailers are probably less likely to carry more games that just sit on the shelves.

That was just 100% obvious.
It was really surprising that Capcom did not properly support the Switch given that they actively supported both Wii and Wii U. And then they inexplicably dropped the ball, basically when things were getting interesting again. And now Square is on board and Bethesda too. Guys like Obsidian and even CD Project Red to some extent are there. They just completely missed an opportunity to be part of another nintendo machine launch, which is always and excellent idea business wise.

If you compare to say Ubisoft or even Platinum, they also were traditional ninty partners but they actually stuck to their guns.
It's just very weird on Capcom's part and surprisingly bad market reading. Oh well.

How many of those are just codes in a case though?