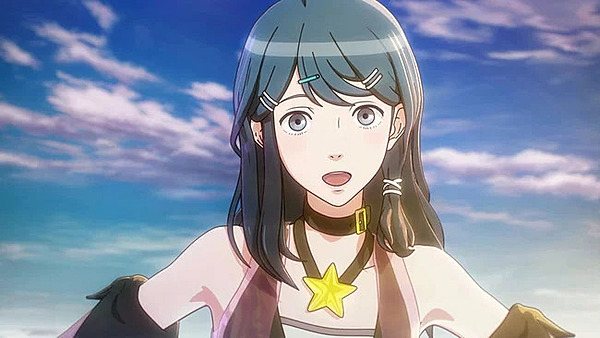 When Nintendo announced Tokyo Mirage Sessions #FE Encore, they failed to say that it would be based on the Western version of Tokyo Mirage Sessions #FE, which had numerous fans feeling mislead. Those who preordered were expecting the Japanese version of the Switch port to be the same content-wise as the original Japanese launch. Nintendo has since apologized for the issue, and is issuing refunds.

All this fuss surrounding the game's launch has had an interesting side effect. Over on the Amazon Japan Wii U charts, Tokyo Mirage Sessions #FE has shot straight up to the #1 position. It looks like people want to make sure they lock in a purchase of the original Japanese release, rather than go with the Switch port!

Wow! Well, it may not take much to bring a game to the top of the WiiU charts, but I wonder if this still gets the point across for the anti-censorship crowd.

Yes! Soon all the remaining copies of Genei Ibunroku#FE will be sold out, and then I can make a mint selling my import copy! And finally, I will take over the world!!!

Kind of embarrassing. But I guess they still sold copies - just not the ones they wanted.

Well I suppose it's better for everyone instead of complaining acting on an aspect they don't agree.

They don't realise that even when doing this, there is nothing Nintendo can do about it since Atlus is the one deciding the localisation.

Since when? I'm pretty certain NoA forced the changes on Atlus,.

Like NOA had the guts to boss around Atlus? Seriously, they are forced with whatever NCL tells them to do.

Seeing as Nintendo published it, yes they could easily tell Atlus what to do. And I'm pretty sure not every instance of censorship in Nintendo games released in the West in the past was NCL's doing. Did NCL tell NoA to censor Fire Emblem Fates, Bravely Second, and Fatal Frame / Project Zero? Also, did they tell NoA not to release The Last Story, Pandora's Tower, or Fatal Frame physically in America?

Bravely Second was certainly edited by SE themselves. Heck, the sole reason they tweaked the nature of sidequests and made it so you didn't have to repeat some of them was because Japanese fans got really angry and didn't like the tedium of such, so they tweaked it for the worldwide release. After the first game drilled into your head that you had to repeat stuff a lot I can see why SE would not want to do that all over again and there's little reason for Nintendo to want to make that QOL change. Not really a fair thing to include with examples NOA localized since it didn't even have much changes besides that. (Though FF could have also been Tecmo's doing, but I suspect that was more or less being careful with the ESRB from NOA's end, which is fine)

I was referring to Bravely Second's censorship of having one of the character classes being changed from Native American to Cowboy.

A guy on Atlus' twitter team who was subsequently fired, was the one who said to harass Nintendo about the change.

Chances are Atlus took the gravure scenario out because gravure is supposed to be seen as horrifying, uncomfortable, and non-consensual, typically what a young girl does as a sacrifice for the benefit of her family. Not happy fun sexy times.

Have you even played TMS or any other Atlus game? Because it sure doesn't sound like it.